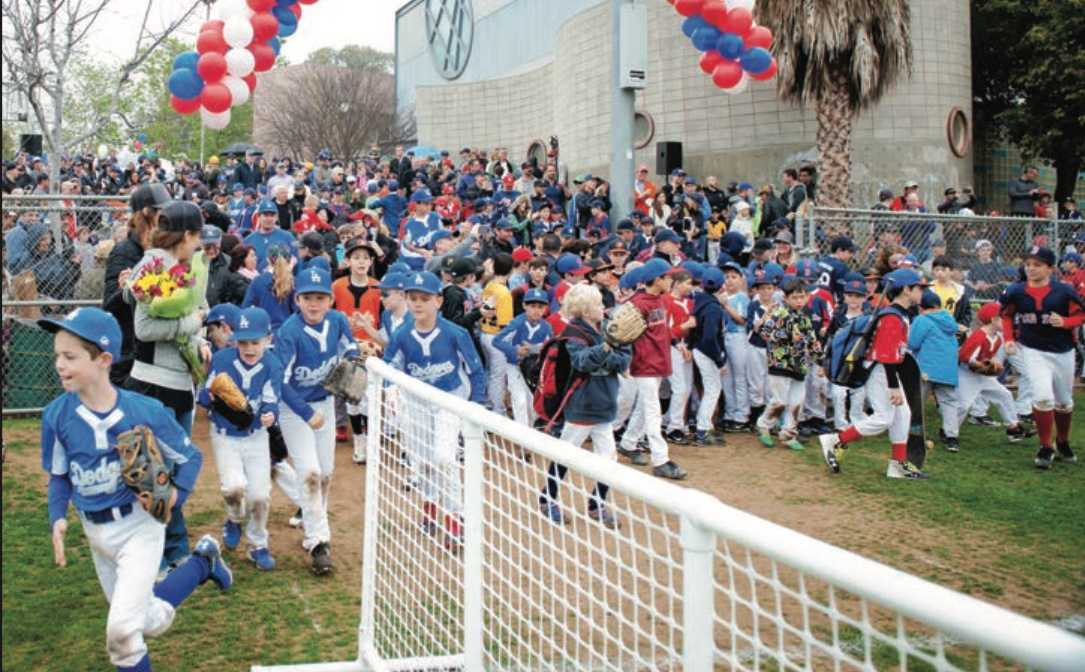 Despite a few sprinkles, the 66th annual Pacific Palisades Baseball Association (PPBA) Pancake Breakfast on March 10 was another successful community event, as players, coaches, family and residents gathered at the Palisades Recreation Center.

Once again, the $5 breakfast was the best deal in town and included pancakes, sausage, fresh fruit, coffee and juice. It was organized by Sara Dorband, whose son Max is a Bronco Philly, and Natalie Iwanyk, whose sons play for the Cubs: Dylan is a Mustang and Charlie a Pinto.

Players recognized for selling the most breakfast tickets were Ian and Finn Sullivan, who received a week of baseball camp at UCLA and Pepperdine; Conor Stutsman, who will be a UCLA bat-boy; and Owen Camacho, who won PPBA merchandise.

Umpires Jimmie Truscott, Stan Johnson, Craig Outlaw, Dirk Robinson and Clyde Seals were on hand to start the opening-day games. Seals, 72, who has worked many years in the Palisades, is retiring and will become an umpire emeritus.

PPBA Commissioner Bob Benton introduced Matty Gottesman, who plays on the Red Pony team, and noted “In all the history of PPBA this is the first boy to sing the National Anthem.”

Co-Honorary Mayors Billy and Janice Crystal threw out the first pitches. Janice, who is a Yankee fan and was wearing a Yogi Berra shirt, said “Even though we’re Yankee fans, we’ll try to come down and cheer for everyone.”

Billy joked, “I told Matty not to start [the anthem] too high. That song is written for a goose.”

He then described his one major league at bat as a lead-off hitter for the Yankees in 2008. “I pulled a hamstring getting dressed,” he said. “I struck out and immediately after that retired.”

Janice was first to throw a pitch and it was a strike, putting pressure on Billy, who then also threw a strike.

After this traditional ceremony, teams ran to the four diamonds to try and get the first games in before the afternoon rains cancelled the remaining games.