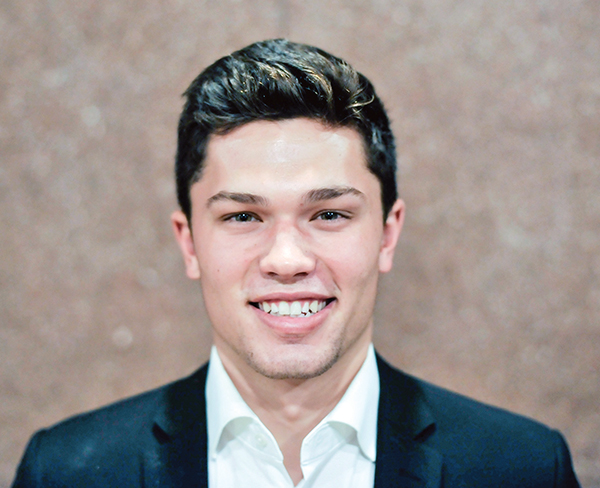 Morocco is not what I expected. When one thinks of Morocco, generally the first images that come to mind are dusty expanses of land, dilapidated buildings, and more livestock than people. Instead, when I visited I found a surprisingly green, modern, and energetic country.

Our winding bus ride to the Atlantic coast provided beautiful views of gently undulating hills, cloaked in a healthy layer of green with abundant patches of yellow honeysuckle flowers.

Had we more time, I would have pulled our caravan over and set up a large picnic blanket for a few hours to enjoy the sunshine and pleasant smells, reminiscent of a Sunday at Will Rogers State Park.

The Moroccan economy, while not unstable, certainly does not have the security of a core industry that developed economies enjoy.

Outside of the urban centers of Tangiers, Rapat, Fez and Marrakech, most Moroccans survive on farming familial plots of land. Scarce houses dot the hillsides, usually inhabited by an entire family, with grandparents, brothers and sisters, and grandchildren all living under the same roof.

Tourism comprises Morocco’s leading source of foreign exchange. Our camel ride on the beach was an inexpensive thrill for 100 Durham per person (that $1 equals roughly 10 Durham gave us significant purchasing power in the country), and the Hercules cave was a damp, beautiful experience.

While the majority of Moroccans live rurally, the cities of Morocco are magnificent in culture, cuisine, and architecture. Our walking tour through the Medina, the old district of Tangiers, took us down narrow walkways sandwiched between “handshake” apartments (dwellings so close together one could reach their hand out of one apartment and greet their neighbors across the way).

Standard, beige walls sharply contrasted the vibrant shades we found later that trip in Chefchouan, the “Blue Pearl” of Morocco, a quaint city built into a mountain that is famous for its uniform blue architectural tint.

Urban Moroccan society is incredibly communal, and total strangers often address each other as “Brother” and “Sister” due to the country’s predominantly Muslim population.

The culinary tradition of Morocco is hearty, healthy, and chock-full of natural spices. Our three-course lunch at Restaurant Al Bachouz in Tetouan, which cost only $7, was a vegetable medley served over steaming couscous, followed by Tagrine du pollo, a savory saffron chicken accompanied by green beans and cooked carrots.

Traditional Moroccan food incorporates a grain with an abundance of fresh, locally grown vegetables, a small portion of meat, and loaf after loaf of circular Harcha.

In the open-air bazaar, I found stall after stall of mysterious fruits, some that looked like oranges but tasted like squash.

In the streets of Morocco’s larger cities, there was a stark disparity between the number of men and women in public.

Everywhere we walked, we encountered men, some dressed in Adidas streetwear peddling trinkets, some dressed in business clothing talking into flip phones, or some walking about in Moroccan gelabas (robes).

Women were noticeably absent from the scene. The women we did see hurriedly ducked in and out of small corner stores, dressed in burkas and usually walking in pairs. It seemed that due to the country’s strong Islamic foundation, women do not have the same freedom to walk about at leisure in public.

While many women from younger generations forego the burka, there seems to be an expectation that a woman’s place is in the home, and that it is the men who should inhabit the streets.

In Tangiers, many of the cafes were exclusively inhabited by men. I learned from our guide, Younez, that while it is not forbidden for women to order at these locations, to sit down would be accompanied by a barrage of advances and inquisitions. Women who sit down at these all-male cafes are assumed to be looking for a husband, or for attention.

(David Grinsfelder, a 2015 Palisades High graduate, is a junior at UC Berkeley majoring in political science. He is studying abroad in Madrid, Spain this semester.)