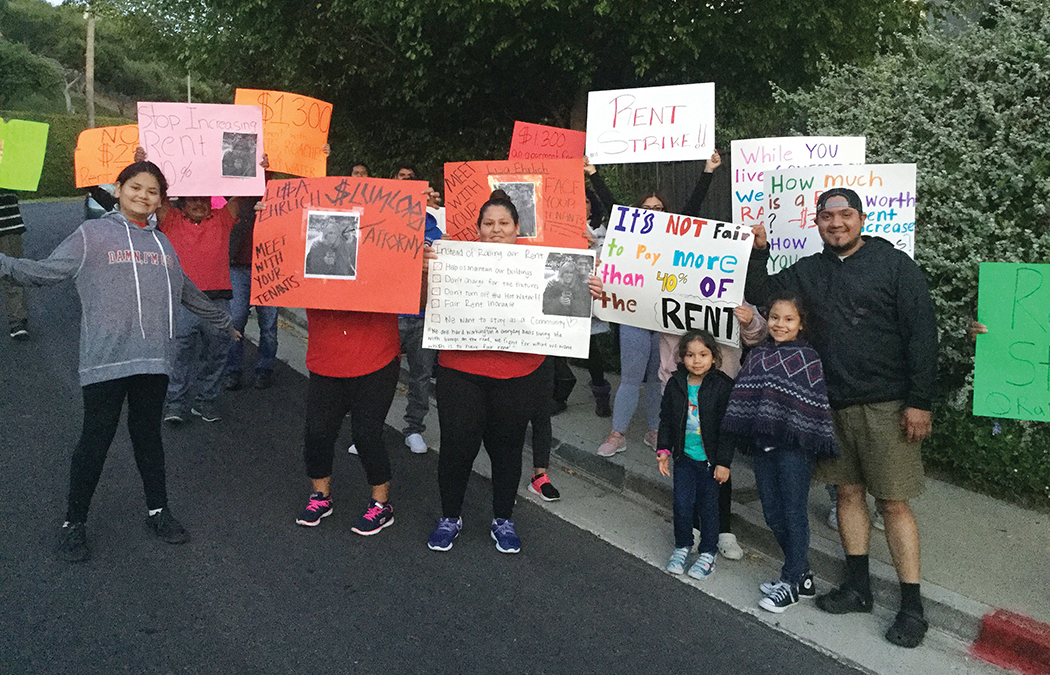 On Sunday, about 50 tenants who live in a downtown apartment building owned by Pacific Palisades landlord Lisa Ehrlich, staged a protest at the Palisades Farmer’s Market.

In an earlier story, Ehrlich said one reason for higher rents was because the Los Angeles Department of Water and Power had increased rates for garbage collection (RecycLA). “Fees have tripled,” Ehrlich said.

Tenants accused Ehrlich of substandard housing conditions. But Ehrlich said that tenants were being coached to create awareness of the state repeal of the Costa Hawkins legislation.

Costa Hawkins, which went into effect in 1995, prohibits cities from capping rent increases for properties built after February of that year. The apartments, built in 1989-90, are not under rent control.

By May 24, 2018
in Uncategorized
Related Posts
Comments
Leave a ReplyCancel reply