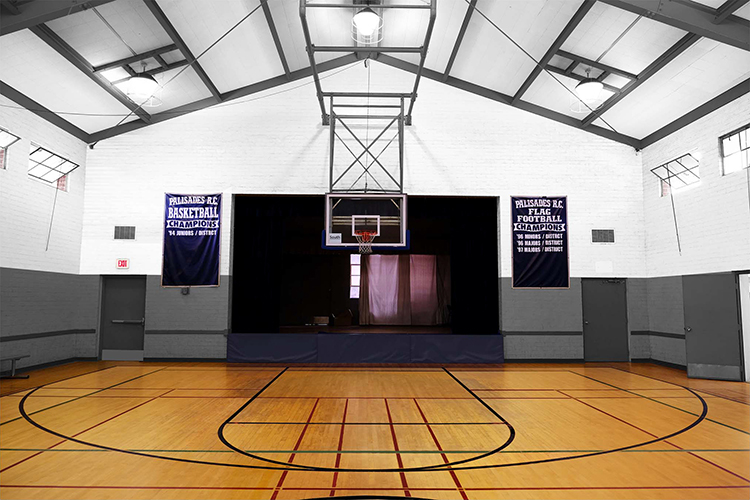 Three major projects to enhance the Palisades Recreation Center need community support in terms of fundraising and planning. The Park Advisory Board heard updates on all three campaigns at its quarterly meeting on January 17.

Bill Maniscalco, the park’s recreation coordinator, said fundraising is underway to renovate the aging small gym. About $75,000 is needed to resurface the floors, paint the interior and upgrade the lights. If funds are in place, the target date for completion is June.

Officials hope that families who have current players in the basketball program or have had players in the past will donate by going to laparksfoundation.org/EN/park/29-palisades_recreation_center.html and designating the small gym project. Money raised will be used exclusively for the gym.

Another fundraiser in the works is to make the playground ADA compliant. The topic was first raised in 2014, when the playground was already out of compliance. Playgrounds are no longer described in terms of how many swings and kinds of slides, but in the differences between ADA compliant (required by law) and accessible and inclusive.

The PAB board had investigated an inclusive or universally accessible playground, which goes a step beyond ADA compliant and allows access to children of all abilities. At the time, the cost for an inclusive playground was estimated at between $300,000 to $700,000.

At the latest PAB meeting, park director Erich Haas said he thought the city would build an ADA-approved playground, estimated at $400,000. The question is, “Would the community raise the rest of the money needed for an inclusive playground?”

Those interested in the playground project should attend the next PAB meeting in April.

The PAB board also discussed the Veterans Garden/ bocce-ball courts in the upper picnic area, which has been in the planning stage for many months.

The recreation center received an A- grade from the city last year.