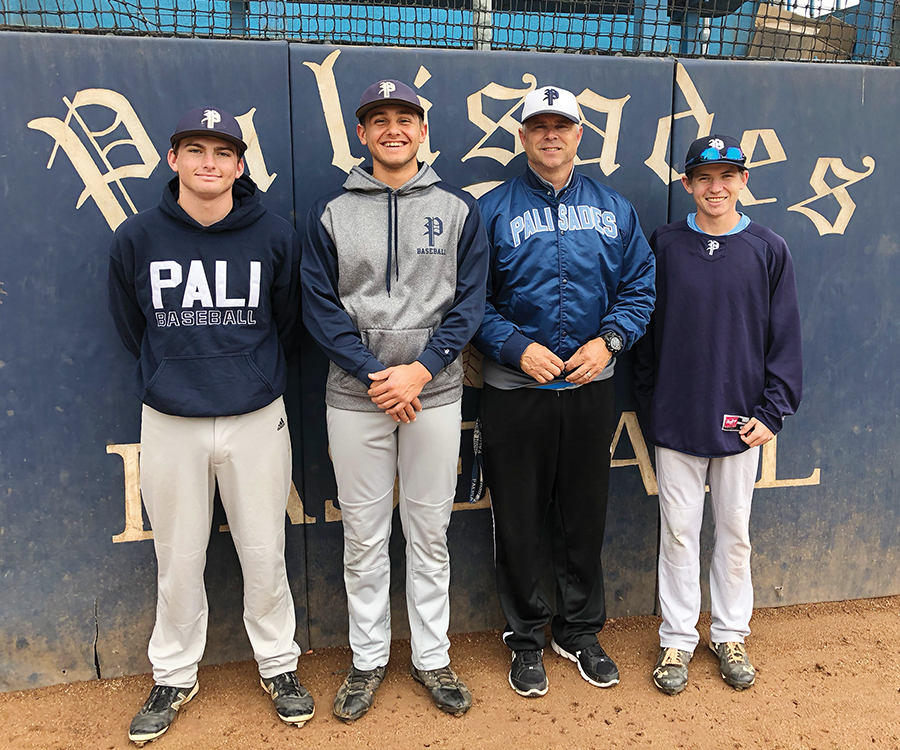 PaliHi head baseball coach Mike Voelkel’s Dolphins are 6-4 after starting preseason play on February 17 with a 2-1 win against Taft.

They defeated Brentwood 6-0 on March 5 and beat Taft 3-1 two days later. They were leading Granada Hills 6-2 on March 14 but were rained out in the bottom of the third.

“We’ve got some good talent this year,” said Voelkel, who has three sons, including one who played for the Atlanta Braves. “We have a good nucleus and some juniors, who have above-average baseball skills.

“The kids are grounded in an all-around fashion,” he said, and noted that in addition to baseball, his players also are strong academically and will once again be vying to be City Section champs with the highest-grade point average.

The 18-player roster includes three seniors, four sophomores, with the majority of the players juniors.

“But we’re kind of struggling with hitting right now,” Voelkel said, noting the team’s overall average was .248. “It’s about comfort and confidence. Timing is about 90 percent of the hitting in a game.”

He gave the News a quick tutorial on timing, as the JV was playing Culver City on March 9, which they lost 8-7.

Once the ball leaves the pitcher’s hand, the player picks up the ball with his eyes and needs to access the speed and spin of the ball and then decide if it’s in the strike zone and whether to swing, all within seconds. “Hitting is timing and pitching is messing with the timing,” Voelkel said. “Good hitters can make the adjustment.”

Last year Pali finished second in the league behind Venice. Voelkel feels that LACES might be the toughest team to beat this year. “They’re returning 9-10 guys,” he said. “You can never count out Venice. They have been a two-time league champ, but graduated most of their starting players.” He noted that Westchester is always tough because of the athletic ability at that school.

This year’s league started with a game against Hamilton at home on March 19, and then traveled to Hamilton on March 21. The rained-out game against Granada Hills was rescheduled for March 20. Over spring break, the Dolphins journey to the Lions Tournament in San Diego, with games scheduled against Carlsbad, Montgomery (San Diego) and Desert Oasis (Las Vegas). League play resumes on April 3 with a 6 p.m. game at home against University.