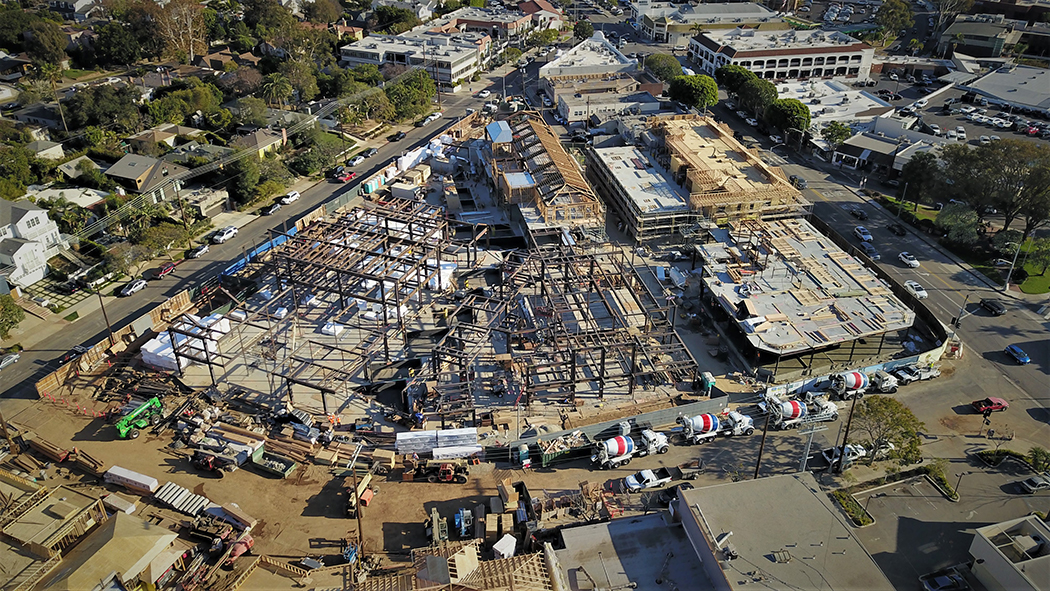 Now let me get this straight: the corporate giant that virtually transformed modern book-selling into an online industry and drove hundreds of independent bookstores out of business— including our own Village Books—is now opening its own bookstore in the new Palisades Village?

The irony of this recent announcement is hardly laced with subtlety. Amazon owner and founder Jeff Bezos once suggested that brick-and-mortar bookstores were practically passé now that customers could find any book they wanted online with a simple click of a button. And as we know, he turned out to be absolutely correct. His company essentially now owns a substantial segment of the retail book business.

It’s no secret that retail stores (of all kinds) are now struggling mightily, and announcements regarding the closings of major brand stores appear regularly in business-page headlines. There were a record number of retail closures in 2017, and the trend is expected to continue, as many customers have adopted online ordering as their preferred method of shopping.

These dramatic retail trends make Caruso’s Palisades Village project even more intriguing, as his team searches for viable stores that can somehow buck the online ordering phenomenon and entice customers to return to a retail center, which in the company’s words “is hoping to redefine the shopping and lifestyle experience.”

Caruso’s earlier ventures, such as The Grove and The Americana at Brand, have been extremely successful during the same period in which we’ve witnessed the failure of countless malls across the country—including nearby Westside Pavilion. He has learned from their mistakes and seems to understand that what had worked well for one generation may not be viable for the next.

The Amazon Bookstore “experiment”— and that’s about all it is right now—appears to be more of a branding tool that will keep the Amazon name on the minds of potential (and returning) online customers. But the store is also designed to offer shoppers the opportunity to discover and sample the latest book releases available.

Walking along an almost deserted Santa Monica Promenade recently, I was taken aback when I spotted a small retail space with admiring customers clustered around a shiny new red Tesla Model “S” parked just inside the front door. I realized that this store represented the very definition of the advertising term “branding.”

The Caruso team has hinted that it favors its tenants occupying smaller retail spaces than in past years, as well as maintaining lower inventories. Perhaps that philosophy is what led the company to pursue Amazon, which generally stocks fewer book titles than most traditional independent stores, as well as the few remaining Barnes and Noble stores.

After recently visiting the new Amazon store in Century City, I feel compelled to add my disclaimer here. As a longtime book lover—and an admitted partisan of independent bookshops that have always proudly demonstrated their unconventional individuality—I was left predictably underwhelmed by my experience there.

Amazon is definitely not your father’s bookstore. From the moment you enter, you can feel the corporate fingerprints everywhere you turn. You are greeted with Amazon’s product line of Kindle tablets, Echo Dot variations, high-tech wristwatches and even coffeemakers. Had I mistakenly entered a Brookstone store by mistake?

The store’s books are all face-out and evenly spaced on each manicured shelf.

The atmosphere there is slick and cool— some might even say sterile. The space felt more like a showroom than a functioning bookstore.

But don’t get me wrong; despite my own biased feelings about Amazon’s high-tech look, I remain skeptical about an independent bookstore’s chances of survival in this competitive online environment, although there have been occasional exceptions.

Diesel Books in the Brentwood Country Mart is a veritable anomaly. The savvy owners of Diesel understood the excellent location of the Country Mart, which is at a unique nexus in West L.A. Its location borders the city of Santa Monica and a well-heeled Brentwood community—and yet is close enough for Palisadians to make an easy visit. All three communities have a highly educated population and their household incomes rank among the highest in California.

Even though I still harbor some misgivings about the selection of an Amazon Bookstore’s presence in our town center, I’ll gradually acquiesce to the sentiments of several of my book-loving friends who seem encouraged that we’ll soon have a bookstore again.

Local resident Kevin Kelly, who once worked in the Lakers’ advertising department, perhaps best summed up the attitude of several people I spoke with. He said, “Even though I’d much prefer having an independent bookstore here, if Amazon is our only choice, I’ll take it. I’ve always been a book enthusiast and feel like we really need a bookstore here in town.”

Those of us of a certain age recognize by now that times continually change, and eventually, so must our attitudes. But be patient with us, because we may be guilty of moving at a tortoise-like pace in conceding to some of those changes.

Bob Vickrey is a longtime Palisadian and a regular columnist for the News. He also writes for the Houston Chronicle and theWaco Tribune-Herald.