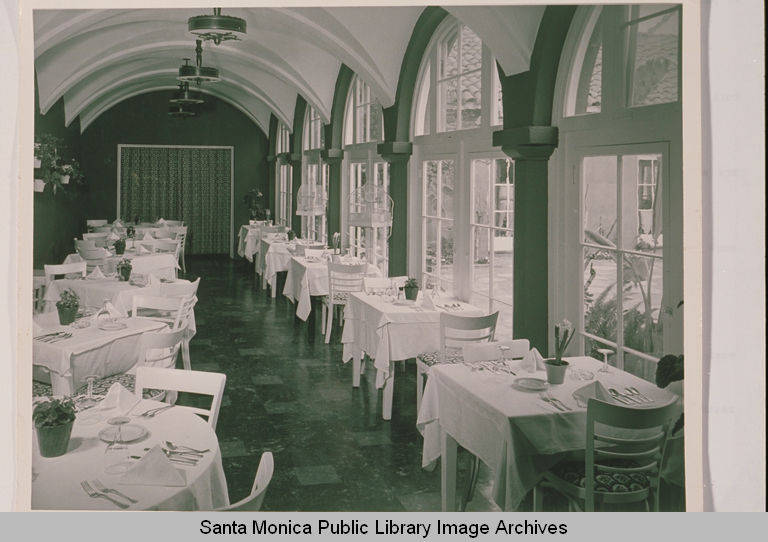 The gracious, giving and inspirational Veslemoey Zwart agreed to sit down with me only so that she might have the opportunity to say thank you to everyone who helped her realize her dream.

The dream? To bring Palisades residents together in Rustic Canyon Park to raise funds (and perhaps a few glasses) and to realize a revival of the park, its historic 1920s building and its original community spirit. The Spanish-style structure serving as the park’s community building was once home to the infamous individualistic Uplifters Club. The Uplifters social club boasted an iconoclastic membership of writers, artists, movers and shakers who were reportedly a fun-loving glass-clinking crowd whose motto was “To uplift art and promote good fellowship.” Wizard of Oz author L. Frank Baum and ardent Uplifter is credited with naming the “The Lofty and Exalted Order of Uplifters” after having thrown back a few cocktails.

Zwart has successfully helped recreate that ‘Uplifters’ fun-loving and theatrical spirit in an annual community fundraising event called “Rustic Night”. Funds raised have enabled the refurbishment and revitalization of Rustic Canyon Park and the historical clubhouse that will celebrate its centennial in 2023 with the opening of a time capsule sequestered 100 years before.

Palisades News reported in 2016 on the effort to “restore the building to its former 1920s glory” thanks to the first “Rustic Night” co-created by the quixotic, visionary park advocate Zwart. The first phase replaced dry-rotted industrial style doors with beautiful new French doors modeled upon the originals. She was quoted then as saying, “That’s what we can afford at this point.” Adding, “We are going to reinvigorate this landmark which brings a lot of joy to our community.”

Clearly she had plans.

I caught up with Zwart on a beautiful autumn day at the park and found her chatting with Park Director Paige Barnes. Zwart is adamant that none of this would have been possible without ‘the village’. This veteran TV/Film/Theatre Producer and mother of two stresses that Barnes, the staff, Advisory board and crews from the Los Angeles City Parks Foundation are the real stars in this production. And quite the production it is! The Master Plan by architect George Taylor Louden is being realized door-by-door, tree-by-tree, paint stroke by paint stroke. The historically sensitive plan has been painstakingly created by a devoted team who spent hours analyzing historical photos and records with input from expert Randy Young (historian and enthusiast of Rustic Canyon) and The Palisades Historical Society. During my meeting with Zwart she elucidated the intricacies of the latest phase of the renovation. The entire building is getting a beautiful new paint job with colors meticulously chosen by the team who uncovered, researched and matched the original colors from 1923. The dedication to authenticity and aesthetics throughout the refurbishment has been key – not unlike creating an intricate, historically accurate movie set.

Zwart, pouring all of her professional production skills and her heart and soul into this project is simply thrilled, almost giddy at how far the revitalization of this park has come. She thoughtfully acknowledges, “This community has really come together to support this.” And for that she is grateful.

When I asked her what was the original inspiration for this creative production she paused and smiled. She simply fell head over heels in love with the park when she moved here from Norway with husband, film director Harald Zwart. She envisioned her children walking to the Coop Nursery School (est. 1950) and meeting friends for picnics under the trees. Real community. In it she had found a warm, wonderful home.

The L.A. transplant shared that growing up in Norway she was surrounded by and developed a great appreciation for historical architecture. A professional storyteller, Zwart has always been drawn to the stories a building can tell. In Norway the structures are meticulously maintained so that the history can be passed onto the generations to come. L.A. being a young city, does not have a lot of historical buildings but in the park Zwart discovered a historical gem with a story to tell. She couldn’t help but notice that the main building/clubhouse was in disrepair. Not only that…the eucalyptus grove (planted by Abbott Kinney in the late 1800s) and tennis courts were in dire need of upgrades. She asked the obvious question: Why? Why was this treasure being neglected?

The answer was simple. No funds. No hope of funding. Zwart’s producer alter ego kicked in. She was matter of fact, “I realized that we, the community, were just going to have to do it ourselves.” Jumping in head first, she joined the Park Advisory Board and soon after “Rustic Night” was born….kind of a BABES IN ARMS ‘let’s find a barn and put on a show’ moment. Her inspiration for the fun-filled fundraiser came from a festival she and her husband had put on in Norway – a cultural community-centric event that brought people together in joyous celebration. Zwart thought, “why not recreate that here?” The idea was right in line with the Uplifters creed, “To uplift art and promote good fellowship.” A lot of planning and a lot of favors later Rustic Night premiered and was a hit…not only was it a fun party but it helped raise much-needed funds.

Since the inaugural Rustic Night, the annual event has enabled the park to resurface the tennis courts (evangelized and realized by tennis enthusiast Park Board member Steve Slavkin); refurbish the tennis lodge; put in a shiny new Gym floor; revitalize the eucalyptus grove; install beautiful French doors and establish a stunning garden in the courtyard…all the while keeping an eye on recapturing the original zeitgeist. Future projects include refurbishment of the proscenium theatre and more. Zwart is particularly excited about the theatre as it played a central role in the original Uplifters’ lives.

The Rustic Canyon Park Master Plan is still in production…a vision of the rebirth of this park so beautifully thought through it is as though the hands of time are being turned back to a pre-internet, pre-mobile phone time of camaraderie and community. Walking through the courtyard you can almost imagine the laughter and clinking of glasses of days gone by.

The Uplifters would be proud.