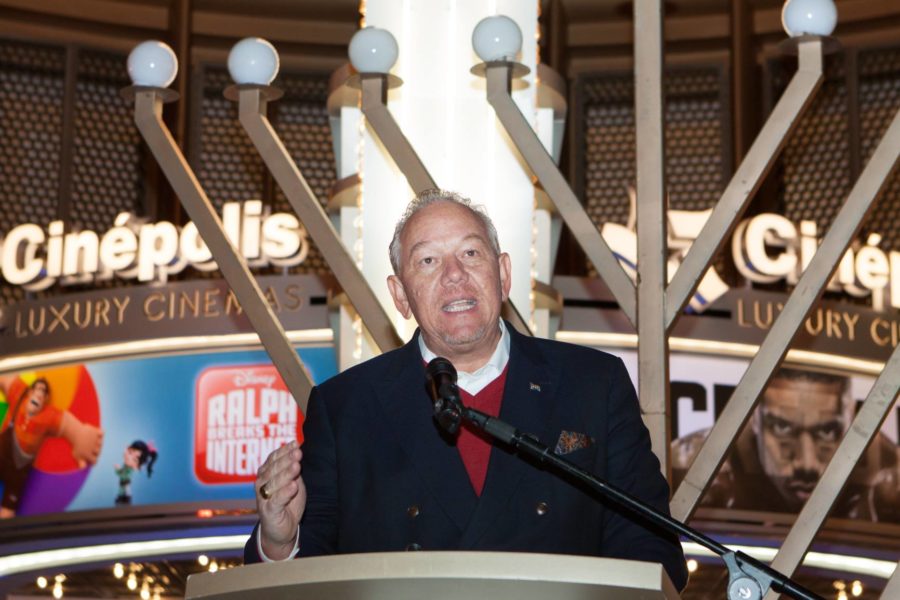 Sam Lagana was Councilmember Mike Bonin’s pick for 2018’s Neighborhood Hero, and with his dedicated work towards improving the quality of life for so many in the community, it comes as no surprise.

Councilmember Mike Bonin explains, “Sam is an exceptional neighbor who has made Pacific Palisades a better place to live for his neighbors – and especially young people. Our communities are great because of dedicated neighbors like Sam, and I am very proud to recognize his work on behalf of a grateful community.”

It was an honor Lagana himself didn’t see coming. “It was a surprise to receive this honor from the Councilman,” Lagana explains. “Mike gave me no indication that he would be including me in his year-end email in this fashion! Some emails arrived from people I knew and one from someone I had not been engaged with for 35 years – it was a special way to learn of this recognition. There are so many fine people in Los Angeles, in Council District 11, and in our town that do many really good things, and giving back is good for our society!”

In addition to his position as Associate Vice Chancellor at Pepperdine University, Lagana also served as the chair of the Palisades-Malibu YMCA and on the Pacific Palisades Chamber of Commerce Board of Directors and as an Advisory Board Member for the Los Angeles Sports and Entertainment Commission since 1997. If that isn’t enough, Lagana is also the stadium announcer for the Los Angeles Rams and well- known for his 30- year run as the announcer for the annual Pacific Palisades Fourth of July Celebration Parade.

Lagana has spent a lifetime helping foster a sense of unity for those in the community, especially the youth. “Young people are the future! It’s been said so many times in so many ways, but it is real!” Lagana explains. “As a boy, there were many great men and women in our town who gave of themselves so we could grow in community and in a proper, well-mannered and appreciative way. In High School, we were encouraged to help the younger kids in the community and we coached and worked day camps. As you age up, you remember the positive experiences and negative ones. It occurred to me to try to be part of the positive side of this spirit for others as I had a few experiences on both sides and I preferred the positive.” Lagana continues, “Surrounding people with those who want better for the right reasons really makes a small town in mass society special, and that is what makes each of the neighborhoods and cities special we live in.”

Lagana reflects on his influences throughout life that helped him become such a well-respected part of the community today. “My mom was a great influence in that she strived to raise two kids to the best of her ability after my dad passed away and yet be an active part of the community. That was good role-modeling!” Lagana continues, “She had many friends that did the same in giving back to the community, and so I witnessed their contributions in sports, arts, academics and at church. I am blessed to see many of these people today. My wife and I wanted to be good role models for our daughters, so being active in our town was a way to do that. Sadly, my mom passed away when the girls were quite young so they never had the opportunity to see her magic, but our daughters have many positive attributes of my mom and especially of my wife!”

Honoring exemplary people within the community is an essential part of encouraging others to be active and make a positive impact on those around them. Councilmember Bonin explains, “I am very fortunate to work with dedicated neighbors throughout the Westside to move Los Angeles forward, do good, and get things done for our neighborhoods. Often, the neighbors who work hard to make our neighborhoods great goes unsung, and by celebrating the contributions of neighborhood heroes, I hope to remind constituents that they can be part of creating the neighborhoods they want future generations to enjoy.” He continues, “It is an honor to dedicate my final newsletter of the year to highlighting and celebrating the wonderful work by individuals who help our neighborhoods thrive.”

Through his infectious positivity and tireless dedication the community he serves, Lagana encourages others to be the best version of themselves and inspire those around them along the way. “I would encourage people to identify their passions and things that bring them joy,” Lagana continues. “Then go out and find a way to share that pure energy in a way that may inspire others to do the same! Most people engage in good works for three reasons: passion, pride, and practicality. It’s really what I like to call: Philanthropy for Purpose!”