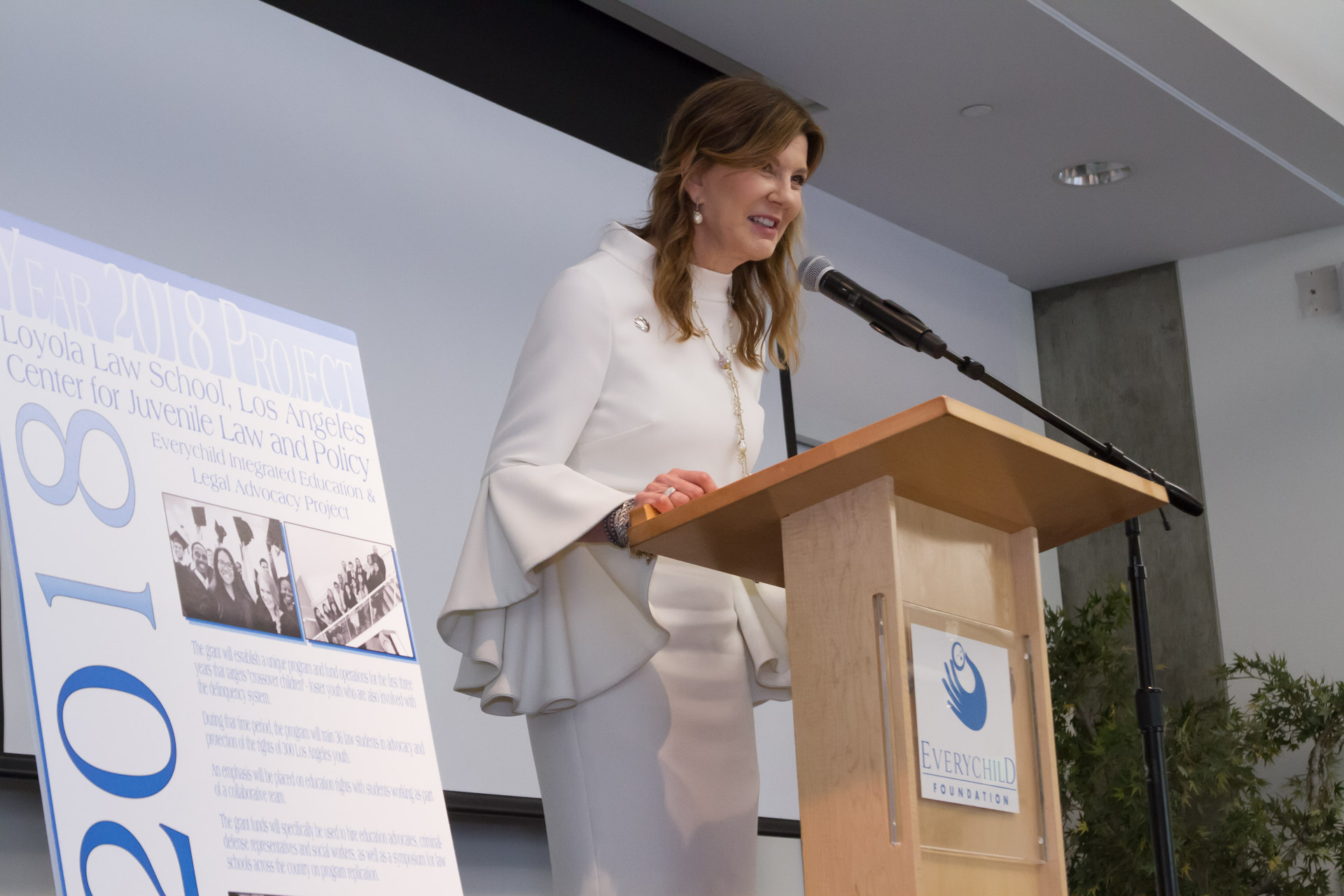 Once upon a time, a warm-hearted and empathetic mom living in Pacific Palisades realized she was sick and tired of ‘rubber chicken dinners’ fundraising.  She thought, “there has to be a better way.” Thus, The Everychild Foundation was born thanks to its dedicated, kind-hearted and sharp-as-a-laser-beam founder and president, Jacqueline Caster.  No rubber chickens required.

Ms. Caster, a lawyer, urban planner and mother of two, decided to just ‘do it her way’. The Everychild Foundation, founded in 2000, and its ‘giving circle’ (with a twist) approach to philanthropy has been an enormous success. Caster gathered together an extraordinary, vibrant and outstanding group of women who, annually, each give an equal and set amount of money to the foundation which grants a cool $1 million to one single group each year. The model is immensely effective and has been widely adopted with thirty spinoffs including two in London. Everychild specifically focuses on organizations that alleviate youth suffering in Los Angeles caused by things like poverty, abuse, neglect and disease. To date, Everychild had granted over $17 million.

Caster is enthusiastic, “Getting these women together and knowing that we are doing something amazing…eliminating suffering of children…is very gratifying.”

Caster is particularly proud of what separates Everychild from other giving circles. The foundation looks for and identifies effective grassroots projects that can be replicated, serving as prototypes for expansion.  “We look for organizations doing innovative things, who are experts in their fields.” That philosophy further leverages the money to do the greatest amount of good. For example, St. Johns Well Child & Family Center, a healthcare clinic (not affiliated with the hospital of the same name) was so successful that the State of California adopted its model for a statewide program addressing childhood asthma caused by horrific slum housing conditions.

Caster is certainly a woman making a difference and Senator Ben Allen, District 26, recognized that by naming her Woman of the Year in 2017. But she’s not finished by a long shot. She is an unstoppable force, once again, setting her sites on reinventing an existing institution that, in her opinion, falls short of being completely effective. She began serving on the Los Angeles County Probation Commission which inspects county juvenile detention facilities and has been dismayed that the system is not conducive to helping children and, in many cases, harming them further. Caster began and continues to advocate and campaign for better treatment and facilities.

For the determined Caster it all really comes back to being a mom. “You know, as a mother, I think of these kids facing traumatic circumstances as I would if my own children were suffering the same things. The empathetic factor is what resonates for me.” She adds, “People can’t always relate to those from other cultures or different socio-economic backgrounds. But a kid is a kid, and if you just step back and think of a suffering child as your own you can immediately connect with the issues and the tragedy. At least, that’s how it works with me.”