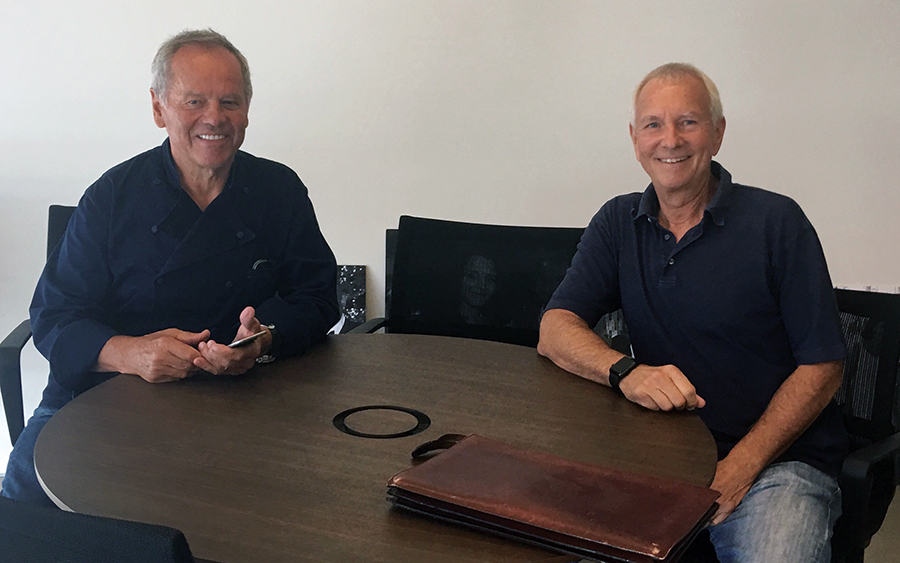 When Palisadian Tom Tellefsen heard that the L.A. County Board of Supervisors planned to find a concessionaire who could replace Gladstone’s with a newly constructed restaurant, he contacted his longtime friend Wolfgang Puck.

The restaurateur was intrigued by the idea, so they approached mutual friend and financier Carl Schuster, who had recently formed a new fund to invest in restaurants. Then the trio reached out to famed architect Frank Gehry (Disney Concert Hall), and the group put together a bid that was recently approved by the county to move forward with negotiations.

“We’ve very excited about it, and we’re very excited for the community,” said Tellefsen, who has been in construction for 40 years and operates the company Tellefsen Investments. “Gladstone’s has been an iconic landmark designation for a number of years, but has now gotten tired. We want to replace it with something that would have that same status, and would give recognition to what Gladstone’s was. We want to create a new memory.”

Tellefsen, who lived in Brentwood for many years before moving to the Riviera neighborhood in 2003, first moved to Los Angeles in 1975 after graduating from Harvard Business School. Growing up first in New Jersey, he then moved to Beirut, Lebanon, for high school when his father was an administrator at the American University there.

“It was the greatest time to be in Beirut,” said Tellefsen, who graduated from high school two days before the Six-Day War began in 1967. The family returned to the U.S. permanently, but three years ago, Tellefsen and his wife, attorney Stephanie Spencer, revisited the city where he had such fond memories. “It was a great place to live at that time.”

Tellefsen, who has two children, Christen, 48, and David, 46, from a previous marriage and one grandson, Justin, 19, said that during his career he has overseen numerous construction jobs, including hotels, shopping centers and mixed-use projects.

A high-profile job was the Langham Pasadena Hotel, which like Gladstone’s is a landmark property. In 1987, Tellefsen purchased the luxury hotel, originally constructed in 1906, and spent four years revamping it until it was ready to reopen in 1991.