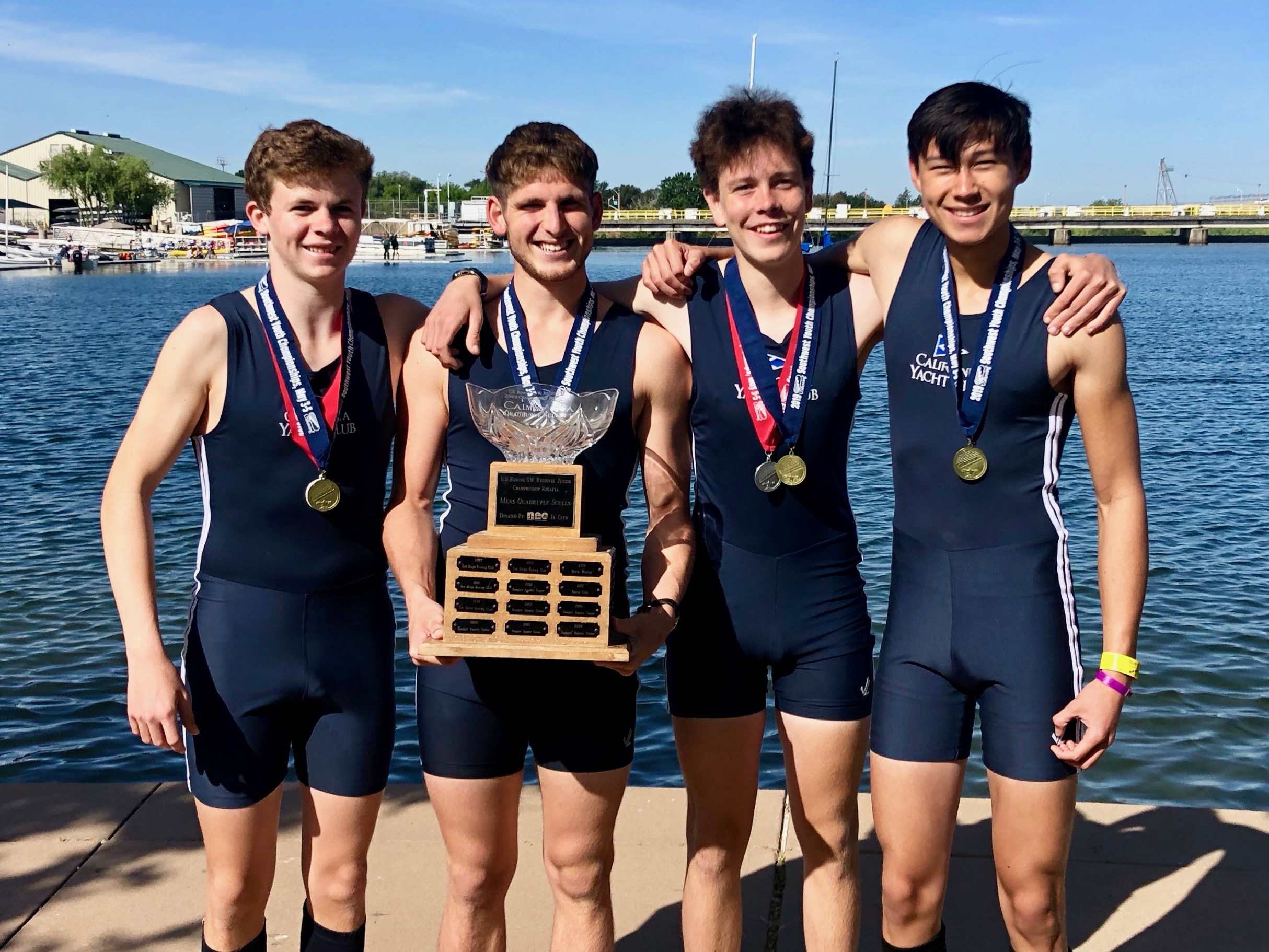 California Yacht Club had a strong showing at the 2019 US Rowing Southwest Regionals on Lake Natoma this past weekend. The California Yacht Club Men’s Quad won the race with an impressive 6:23 time, 4 seconds faster than the second place finisher Norcal. The quad had an early lead off the starting blocks and held their advantage for the full 2,000-meter race. The Quad’s lineup was: Luke Holscher (Junior, Pacifica Christian) from Pacific Palisades, Peter Albrecht (Sophomore, Campbell Hall), Keaton Lynch (Sophomore, Culver City High), and Harrison Zeigler (Junior, Loyola High).

In addition, both the Men’s Novice Quad and Women’s Novice Quad took home gold medals at the regatta. This marked the culmination of an undefeated season for novice coach Anna Wilczek. There will be novice tryouts in September, for more information see the California Yacht Club website.

All varsity boats who finished in the top three positions of their events will be moving on to Youth Nationals in Sarasota, Florida June 6-9. Under the helm of head coach Craig Leeds, CYC will be sending seven of total 16 Varsity rowers to Youth Nationals later this year. This is a big deal considering the small size of this elite team. Many of the high school teams across the country have as many as 150 rowers on their teams. CYC has a combined 32 rowers between varsity and novice teams.

“Training all season can be intense, but the other guys on the team always seem to keep me going even when the training is tough. The CYC team is a great community and there are no other people I’d rather spend my early weekend mornings and weekday afternoons with,” said Luke Holscher, the stroke seat for the varsity quad.

By Sam Catanzaro May 8, 2019
in News
Related Posts