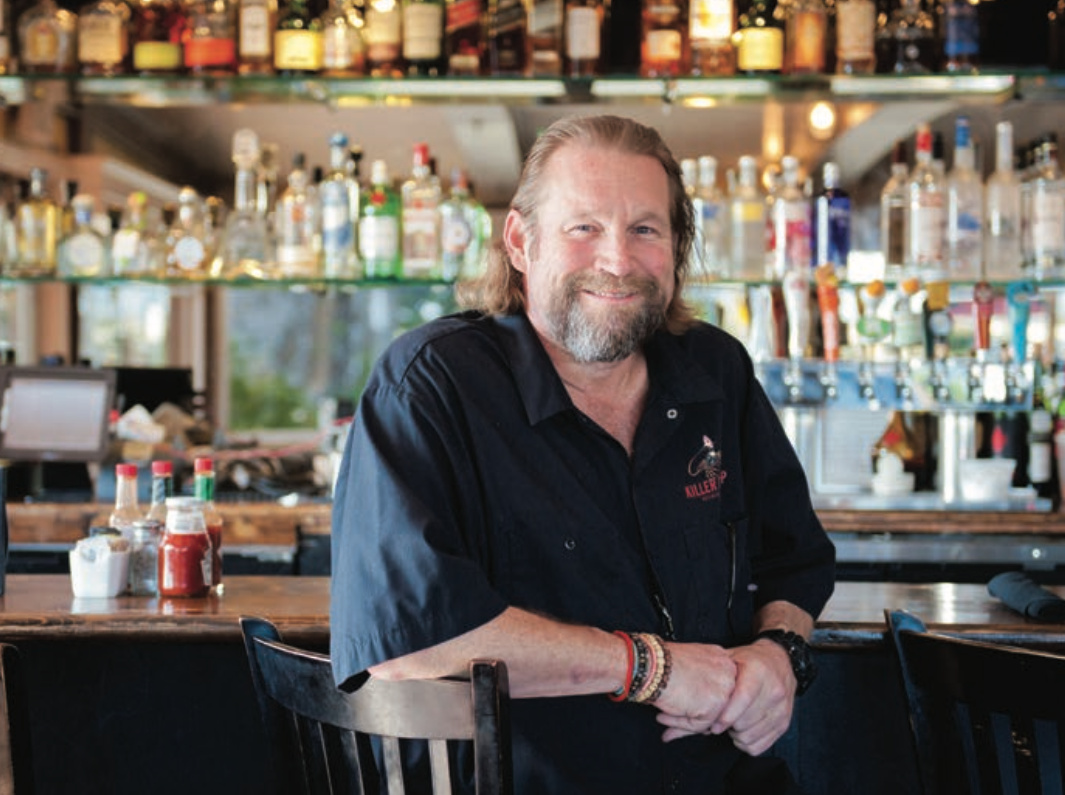 As a 15-year-old Palisades High School student, Brett Doherty took his first job in the kitchen of Seafood Broiler in Brentwood. Almost 40 years later, he still enjoys working in the restaurant business, only now he operates Killer Shrimp in Marina Del Rey and various other restaurants through his firm, The Hospitality Collective.

“I grew up in the heyday of the restaurant business,” said Doherty, a native of Pacific Palisades, where he still lives. “Restaurants were booming. I loved the hands-on aspect of being a restaurateur. I just loved the business from taking the order” to cooking the meal and managing the restaurant.

That love was noticed by his early employers, who quickly promoted him into management. Harry Lewis, both a family friend and a founder/owner of Hamburger Hamlet, was a particular mentor. Doherty began working for Lewis on his 21st birthday at the suggestion of his father, Bill.

Lewis taught Doherty how to welcome and connect with customers, something he still strives to do at Killer Shrimp.

“Mr. Lewis was one of the last great restaurateurs,” Doherty said. “He was very outgoing, and I learned about the front of the house . . . It was restaurant ownership 101.” A few years later, Mr. Lewis sold the Hamlets, but also opened Kate Mantilini in Beverly Hills with Doherty taking charge in his first general manager position when he was about 25 years old. This began a period for Doherty of expanding his knowledge and skills, not only at Kate Mantilini, but through several successive positions.

He next transitioned to the challenge of running multiple restaurants for Mission Tortilla, which owned several restaurants in the San Fernando Valley. He then moved onto opening new restaurants for Outback Steakhouse, which had just expanded from its initial territory in Florida to Virginia. “Every six weeks, we would open a new restaurant,” Doherty said. “I got a really great taste of expansion—how to open restaurants and train a new staff.”

After two years, Doherty returned to Los Angeles as director of operations of the Chaya restaurants, where he learned about Japanese/French fusion cuisine and Japanese management techniques. Then he joined  the Patina Restaurant Group in 2000, eventually becoming the vice president of operations and development.

“This was by far my most exciting experience,” said Doherty, who opened 20 restaurants during this tenure. “I oversaw at one time or another every aspect of the company, including catering, structures and events.”

When the company was sold in 2007, Doherty formed The Hospitality Collective, which helps varied restaurants, including those that are struggling, to succeed. One of his first endeavors was Killer Shrimp. He partnered with the owner to re-brand the place, which first opened in 1988 with one dish.

That dish, Killer Shrimp “Original,” which features half a pound of shrimp in a spicy  long-simmered sauce with French bread, is still a big seller, but the menu now features dozens of items, including Killer Shrimp Roll ($17), Ahi Tuna Poke Bowl ($17) and Killer Paella ($25).

“I probably eat at Killer Shrimp six days a week,” said Doherty who starts most days there at 4:30 a.m. at his office and goes home around 8 p.m.

Doherty, whose wife, Lisa, is the retired director of development at John Thomas Dye School, has also come full circle by rescuing the last existing Hamburger Hamlet location in Sherman Oaks, which was in bankruptcy four years ago.

The location, which opened in 1961, “was close to being gone forever,” Doherty said. As a child, “it was the place that you went to once a week with your family. Hamburger Hamlets were pioneers of the gourmet hamburger. . . . Reviving and saving a memory like that was a special opportunity that I couldn’t pass up.”