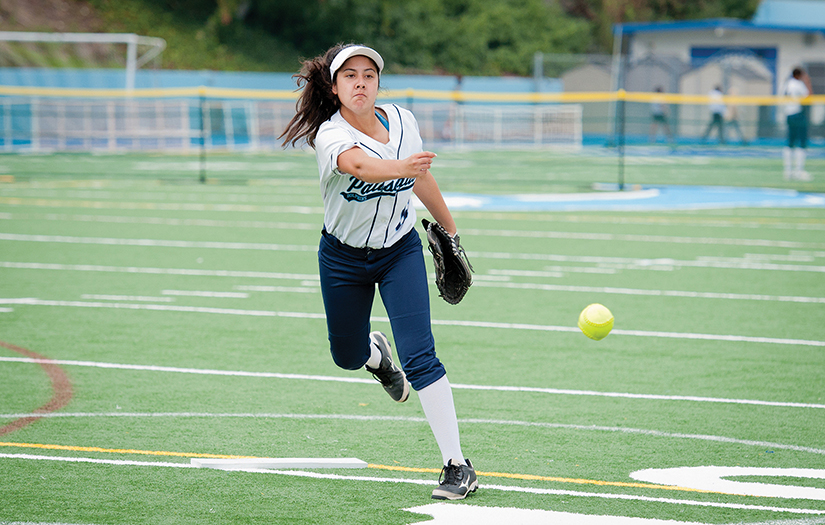 The main reason is that their first full practice couldn’t take place until the day before the first preseason game. The team instead first held short practices at the Palisades Recreation Center, as other teams had dibs on the football field, which is where the team eventually holds both practices and games.

Because of the lack of field space, “the season usually starts out a little rough, and once we’ve got a few games under our belt, we do all right,” said Dario, who is starting her fourth year as head coach.

Last year, although the team racked up some losses in the preseason, they won the Western League and earned the number one seed in the city division II playoffs, where they reached the semifinals.

“They all stepped up last year, especially in the playoffs,” Dario said. This year, “Talent-wise we have it. We have to put it all together.”

Due to last year’s strong showing, this season the team, along with fellow Western League teams Venice and Hamilton, has been moved from Division II to Division I. The playoff structure has also been changed, so that every Division I team is guaranteed a spot in the playoffs in the open division with the top 8 teams playing in a separate Division I playoff.

Their preseason again featured the expected early losses, including 5-1 against Culver City on March 6, 9-7 versus Lincoln on March 8, 6-1 against Sylmar on March 10, and 7-2 versus Pacifica also on March 10.

Senior pitcher Jasmine Pelayo-Najar also only gave up only one unearned run in the game, and Dario said the rest of her pitching rotation, including junior Gabriella Weiner, senior Talia Hunter and freshman Molly Tenenbaum, is just as strong.

“It’s nice to have the options and to know they each have different strengths,” Dario said, noting that her job is to choose “which girls to pitch in which situation to go with their strengths.”

She noted that overall the team is a “great group of girls. . . . They love each other. They’re all friends.” In addition, “we’ve got a lot of really smart girls.” As the season continues, Dario seeks to focus the team’s attention on their fielding in particular.

“My number one goal is to play as clean of a defensive game as possible,” she said. “Even if you’re struggling at the plate, the goal is to keep your team in the game by playing clean, solid defense.”

The team also played Fairfax on March 19 after this issue went to press. They next travel to Westchester on April 3 and host LACES on April 5, both at 3 p.m.