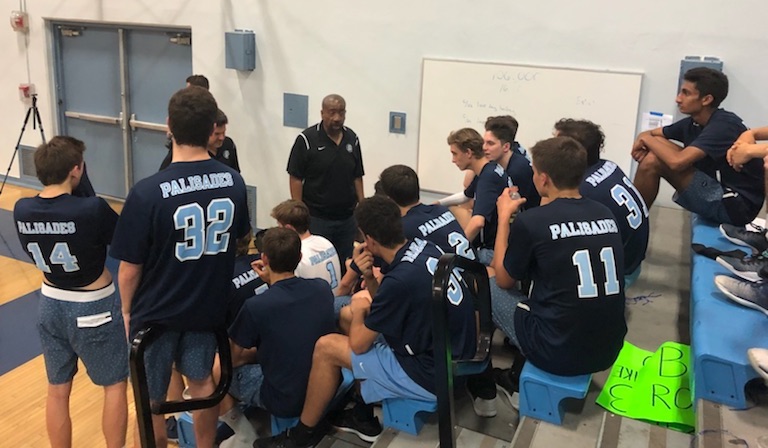 The gym was packed as PaliHi supporters cheered on the team that had won the L.A. City Championships just four days earlier by beating Chatsworth 3-0.

Ranked fourth, the Dolphins beat the fifth-ranked South Torrance, 3-1. PaliHi won the first set 25-19, lost the second 25-19 and won the third 28-26 in a close match with three set points. The fourth was also a nail-biter, but Pali prevailed 26-24.

Next up is a Thursday game against the number one-ranked Corona del Mar, which beat the eighth-ranked Westview (3-0).

PaliHi only lost two games this past season and one was against Corona del Mar in the semifinal of the Karch Kiraly Tournament of Champions in April.

Gray was asked about facing that team. “We’ll have to step up to the challenge,” he said.

Also making it through the first round were third-ranked Loyola and the second-seed Newport Harbor, who will also face off against each other on Thursday.