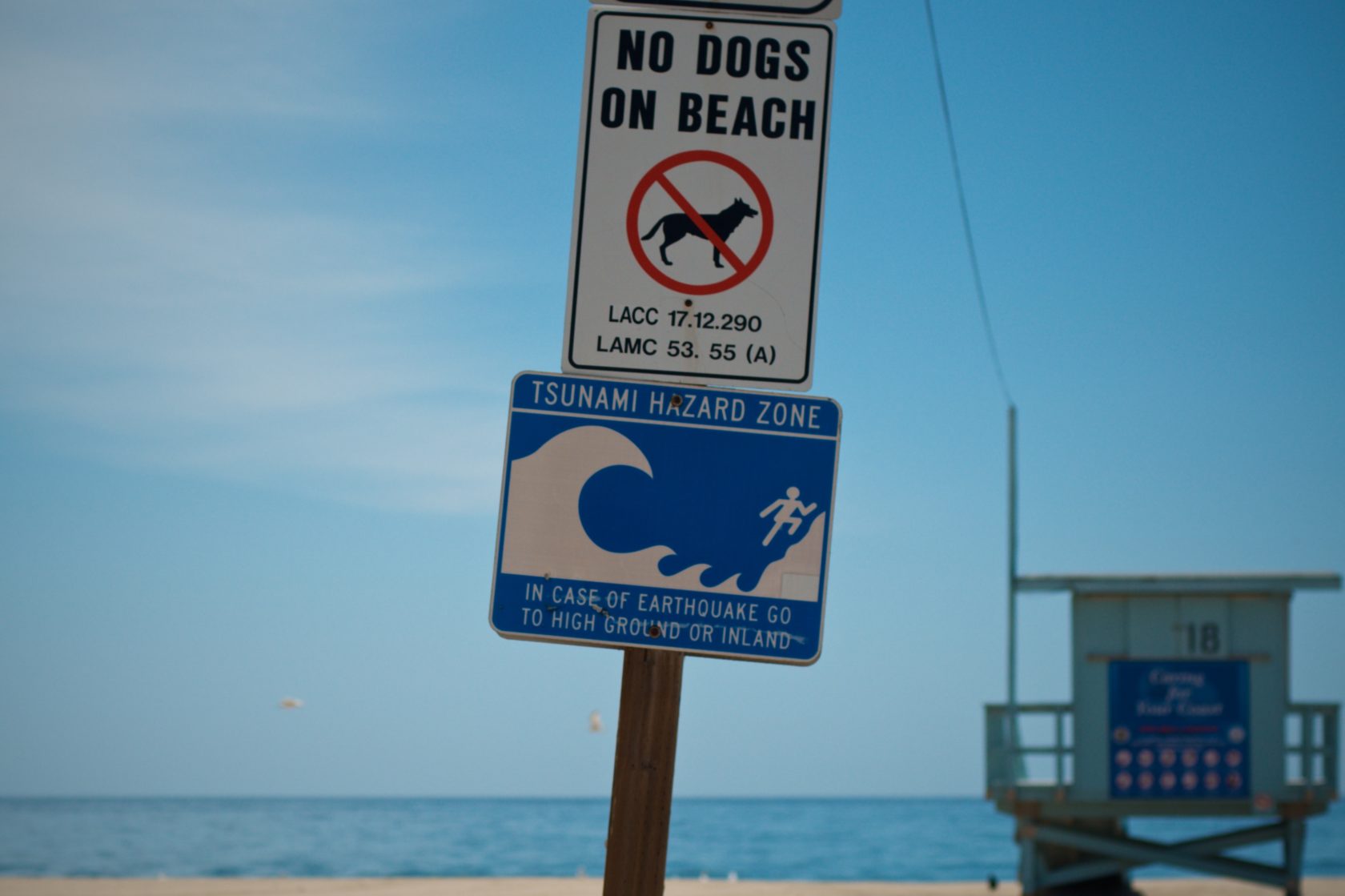 Earthquakes and tsunamis on the Westside.

Last month coastal cities throughout the state took part in California’s Tsunami Preparedness Week (March 25 – 29). While much of Pacific Palisades is perched safely above sea level, areas in Santa Monica Canyon and houses along Pacific Coast Highway (PCH) sit at levels that would be at risk of inundation in the event of a tsunami.

“California has experienced more than $100 million in damages to coastal infrastructure due to tsunamis this decade alone,” said California Governor Gavin Newsom. “I urge all Californians to continue their vigilance and increase their efforts to make our families, communities, state and nation better prepared for tsunami disasters.”

Catastrophic tsunamis are a rare event in Southern California; the last major one occurred in 1812. But tsunamis can be deadly and destructive disasters that can happen quickly, giving residents in low-lying coastal areas very little time to prepare.

“Catastrophic tsunamis are rare. We may have a tendency to get complacent and think that one will never happen while we’re at the beach. However, every coastline in the world is vulnerable to a tsunami,” said the California Governor’s Office of Emergency Services.

Low lyings parts of Pacific Palisades in Santa Monica Canyon and along PCH are particularly at risk in the event of a tsunami.

“The initial tsunami detection and warnings would come from the federal government through the NOAA Pacific Tsunami Warning Center,” said Kate Hutton, an Emergency Management Coordinator for the City of Los Angeles Emergency Management Program. “State and local governments would likely follow up with localized instructions, including evacuation routes and shelters.”

These local alerts would be sent through NotifyLA, the emergency alert system for the City of Los Angeles. Residents would also be alerted by social media and traditional media.

In the open ocean, tsunamis travel around 500 miles per hour. Once they near the coast, their speed is reduced to 30-40 miles an hour by the force of the sea floor in a process known as shoaling. The time it would take a tsunami to reach the Palisades depends on how far away the tsunami was generated.

“If the tsunami starts in Japan, we could have 12 or more hours. If it starts because of an underwater landslide near Catalina, it could be minutes,” Hutton said.

Because of the potential of having only minutes to evacuate, the City encourages coastal residents to sign up for emergency alerts at emergency.lacity.org/notifyla. In addition, residents should also have an emergency kit and “go-bag” prepared with everything they might need to evacuate. According to the City, these bags should include food and water, medications, a change of clothes plus comfortable shoes, copies of essential documents, first-aid supplies and personal hygiene products.

This level of preparedness is something all Palisades residents should pursue considering the nature of the area.

“During any disaster, the number and scope of incidents can overwhelm conventional emergency services. In Pacific Palisades, because of our geographical location, we may be isolated for an indeterminate time. Conventional emergency services may not be at all available to any of us. We must be there for each other and therefore it is imperative that we all prepare ourselves as a unit and as a team on our street and/or in our building,” wrote Flo Elfant in her Palisades survival guide.

In particular, Pacific Palisades is a high-risk zone for wildfires –as seen in the November Woolsey Fire getting too close for comfort to the area — and like all of California, earthquakes.

While Los Angeles residents have known for generations the risks associated with the San Andres Fault, there is a lesser-known fault line that could wreak havoc: the Santa Monica Fault Line. This line cuts through the heart of the Westside, with sections running through Century City, Westwood, Brentwood, Santa Monica and Pacific Palisades. According to Margaret Vinci of the Caltech Seismological Laboratory, the Santa Monica Fault is capable of a 6.6 magnitude earthquake, an event that would bring severe damage to the Palisades.

“When that fault has a rupture, it can heavily damage this area,” Vinci said. “We have dodged a bullet in the last 30 years.”