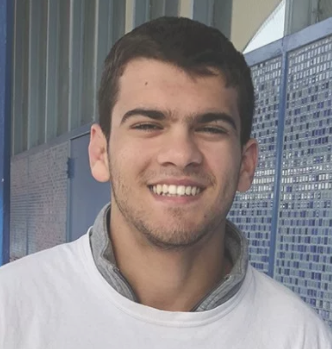 Senior Hamzah Al-Saudi became the first Palisades High School wrestler to place at the California state wrestling championships on March 3, when he finished fifth at the Rabobank Arena in Bakersfield.

Al-Saudi, fourth-seeded in state, beat David Barela from Northview and Brendan Tallent of Pittman. He then lost 11-2 to fifth-seed Jacob Good from Clovis, which bumped him into the consolation round, where he fought back to medal.

Al-Saudi, who started wrestling as a freshman, said he barely won a match his first year. Then he started winning—and winning big. He earned three City Section titles, went to the state tournament three times, and this year at city won the Upper Weights Most Valuable Player award.

He wrestled most of the season at 220 pounds but dropped to 195 for the state tournament. He earlier told the News he would like to wrestle at a Division I college.

Unlike most states, which have multi-division format wrestling tournaments, California has a single-division wrestling meet.

The wrestling season starts with 27,000 competitors, but to qualify for the state meet, athletes have to win their individual weight class at regional tournaments, paring the final tournament to 560 wrestlers (from 243 schools) across 14 weight classes.

Each weight class at State starts with 64 wrestlers, and matches go on simultaneously on 10 mats.

Just missing a chance to compete in Bakersfield were Dolphins Joseph Velado (170) and Emilio Albir (182), who took second at the City Section finals. Freshman Lily Topputo captured third in the girls 130-pound division at city.

PaliHi coach Aldo Juliano was thrilled with his wrestlers.“They are a great bunch of kids,” he said. “I want this team to be remembered!”