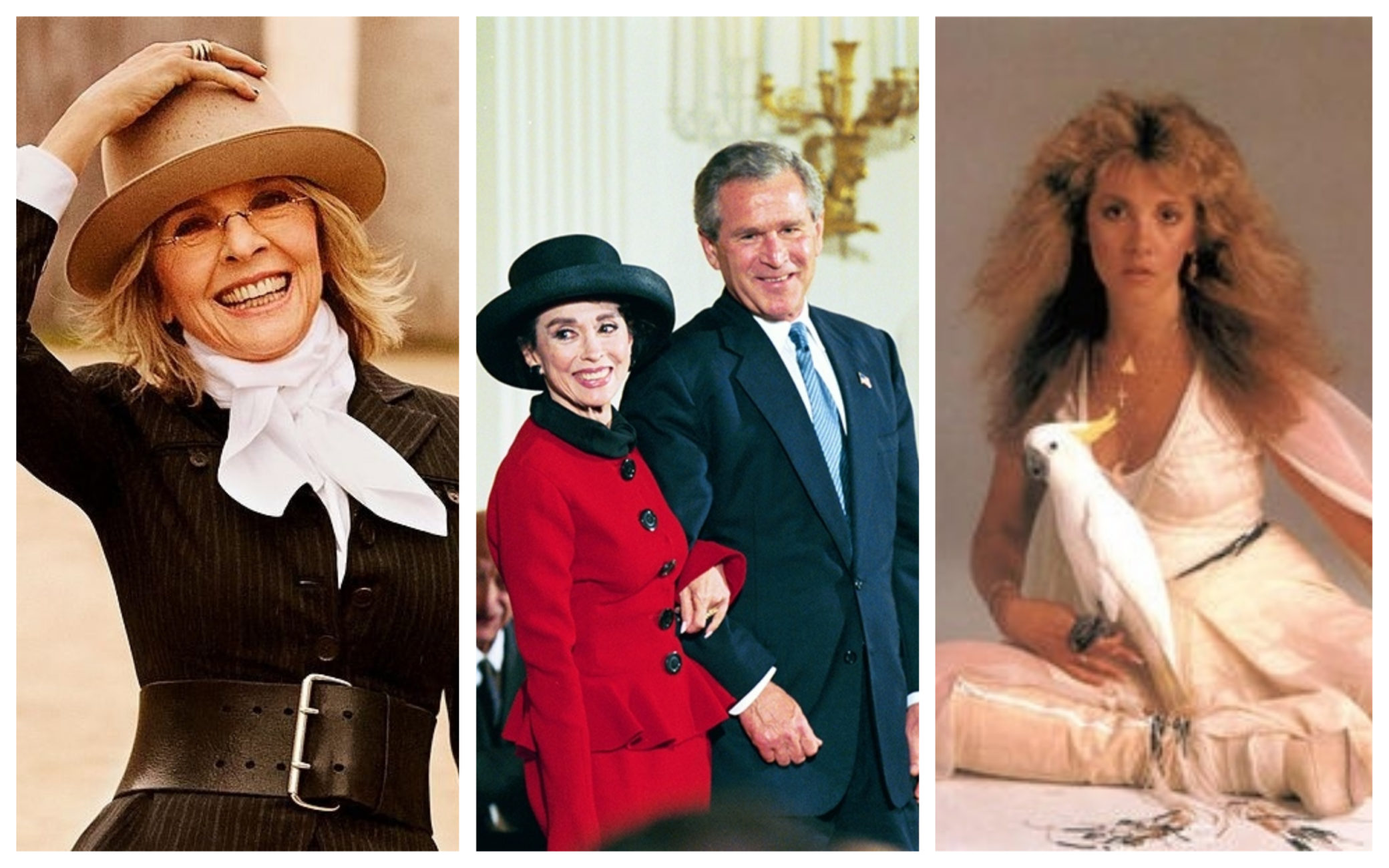 The Palisades has an abundance of female residents, both past and present, who have made their mark in entertainment in grand and global ways and in light of Women’s History Month, we look back on some of these local trailblazers.

Immortalized for her Oscar-winning role as Anita in the 1961 classic “Westside Story”, Rita Moreno earned a precious spot in the EGOT circle, an elite class of entertainers with Emmy, Grammy, Oscar and Tony awards. Born in Puerto Rico 1931, Moreno paved the way for other Latinas to follow.

Rock icon Stevie Nicks altered the course of music history as part of Fleetwood Mac and again as a solo artist. Her debut solo album, Bella Donna, released in 1981 under Modern Records, went double platinum in Canada and quadruple platinum in the US. In 2019, Nicks was inducted into the rock and roll hall of fame, forever immortalized as the voice of a generation.

With over 60 acting credits and over 10 director credits under her belt, Diane Keaton has successfully left an indelible mark entertainment. Her career has spanned over four decades with iconic roles in “The Godfather” franchise, “Annie Hall”, “The First Wives Club”, and “Father of the Bride”. Keaton took home an Oscar for Best Actress in a Leading Role for “Annie Hall” in 1977 as well as the Golden Globe for Best Performance by an Actress in a Motion Picture- Comedy or Musical for her role in 1993’s “Something’s Gotta Give”.

While female entertainers deserve to be celebrated for their accomplishments, the Palisades has a plethora of women whose dedicated work within the community has contributed vastly to the improvement of life for so many. While their names may not be on billboards, the impact in their community speaks volumes.

Marie Steckmest has been a resident of the Palisades for 36 years and an important presence within the community. As a long- time volunteer, Steckmest founded the non- profit Palisades Cares in 2006, promoting and encouraging community involvement. Palisades Cares is involved in various activities including holiday toy drives, school supply drives, food drives for the Westside Food Bank, backpack collections for homeless children, beach cleanups, and film screenings of environmental films- to name a few. Throughout her contributions to society, Steckmest believes in the importance of giving back to the community and a making a difference in the lives of people who need it the most.

Sharon Kilbride’s roots in the Palisades go back six generations to the Marquez family that held the original grant of the Palisades and Santa Monica Canyon in 1839. In 2015, Kilbride received the Pacific Palisades Citizen of the Year award for her contributions to the community and is currently a member of the Pacific Palisades Task Force on Homelessness. According to Kilbride, “The most rewarding aspect of working with our homeless individuals in the Palisades is helping them get off the streets and into shelters with the goal of permanent housing. Seeing a previously homeless person happy and housed is a great feeling.”

Inspired by her mother, who was also active in the community and dedicated to the preservation of her family’s history, Kilbride believes that women should be acknowledged for their work and encouraged to carry the torch for the women before them. “The traditional role of women as homemakers in our society, lacking educational and employment opportunities, has resulted in fewer historical ‘accomplishments.’ Despite barriers that have existed for generations, there have been great female leaders in every field. While the gender gap still exists, we are making significant progress toward equality. Now is the time to celebrate our female leaders and inspire future generations of women.”