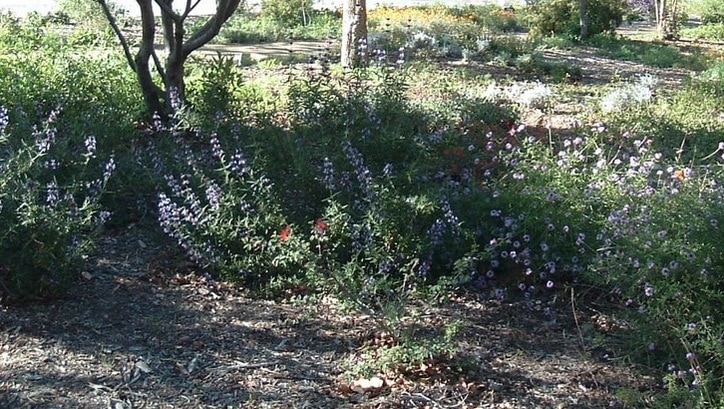 By Barbara Marinacci
Special to the Palisades News

The Temescal Native Garden, located along Temescal Canyon Road just below Bowdoin, was included on the Palisades Garden Club’s annual Spring Garden Tour. Although I’m still credited as the community organizer for the Temescal garden, about six months ago I ended my commitment.

Rarely in the past several years did even a single volunteer appear on the designated Saturday, despite various outreach efforts. Palisades High School students can now earn community service credits in easier ways, and Santa Monica College’s Sustainable Works students, who once were excellent workers, no longer are allowed to work outside Santa Monica.

Often when I used to work at the native garden, people would come by and compliment the garden’s appearance and thank me. I’d urge them to come to a workday, but none would ever appear. It seems most adults prefer working in their own gardens if they have them, or just not at all—employing others to do the “dirty” work.

Because the Garden Club again wanted to have the Temescal Native Garden on this year’s tour, I decided to attempt to remove as many of the worst weeds as possible.

The six months of lack of attention, from my perspective, left a disastrous situation. The overall death rate of the hundreds of native plants we planted there was dismaying. In many areas where we put plants there are just a few stragglers and weeds, or no plants at all. I had initially watered all these plants individually (a gallon each) by hand—daily and then every other day to establish them.

The L.A. Recreation and Park’s ever-challenged local maintenance staff can’t give ANY attention to the garden except for unloading the two trash cans. (That was the basic understanding when Palisades Beautiful started the garden in 1988. Then RAP’s $65,000 investment in 2013 to remove the lawn and greatly expand the garden area added to our maintenance tasks.)

So, for the time being, I have resumed my solitary commitment to trying to make that 3/4-acre garden area more presentable. I welcome co-volunteers!

The Palisades News, which reaches every household in town, could help the cause by periodically encouraging volunteerism in tending various “natural” or plant-featuring environment landscapes in this community. Certainly, all Temescal Canyon Park areas—not just the native garden—need fix-up attentions that RAP can’t do. Then there are the park areas around the Palisades and Rustic Canyon Recreation Centers, and the extensive lower Los Leones Canyon parkland (off Sunset) that Randy Young and friends have valiantly attempted to maintain for many years. The famous four Glamazons, who labored there every Thursday morning, are now elderly and mostly disabled.

I’ve been told by old-timers that the spirit of public volunteerism was quite different two or three decades ago. Nowadays, residents seem to think that Rick Caruso is going to fix everything to make the Palisades Beautiful Again—or SHOULD.

I think it would be terrific if the L.A. Conservation Corps, which helped clean up various abandoned homeless encampments in the Palisades, could be hired to help fix up and maintain our much-used (and abused) parkland areas that are so much in need of attention.

By May 28, 2018
in Uncategorized
Related Posts
Comments
Leave a ReplyCancel reply