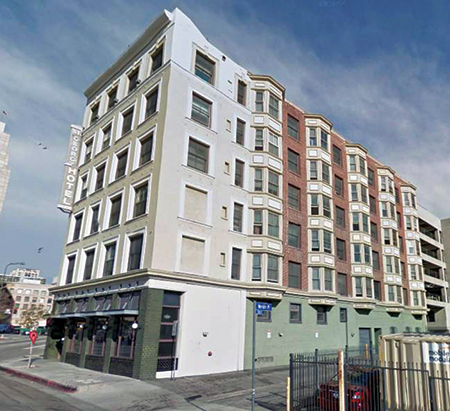 By Mark Ryavec
Special to the Palisades News

Even though there are roughly 25,000 homeless in Los Angeles, Proposition HHH never purported to produce more than 10,000 units of permanent supportive units over 10 years, at a cost of $1.9 billion. On its face, HHH alone would have left 15,000 people on the street.

Reports show that the $247 million in HHH funds allocated so far will produce about 1,466 permanent supportive units. Extrapolating this data over the life of the Proposition shows the city can produce only about 5,686 units from HHH, not 10,000.

This assumes, however, that tax credits, which account for 20% to 70% of each project’s budget, will be bought by corporate investors. As reported in the L.A. Timesseveral months ago, corporate investors are walking away from tax credits due to their much lower tax burden under the $1.5-trillion federal tax reduction act. If tax credit underwriting diminishes, the city will see even those 1,466 approved units at risk of not being built.

To the extent that affordable housing developers and city leaders have to double-tap the only local source available, Prop. HHH, the total build-out would drop below 5,686 units.

Using 50% as the average percentage of project funding deriving from tax credits, the loss of half of the previously anticipated tax credit funds would lower the total units that could be built through HHH to 4,264 instead of 5,686.

There are two alternatives to address these gaps. The first is for the state to ride to the rescue and provide funds, and the second option is using local and federal rent subsidies.

There are two obstacles to the second approach: a dearth of market- rate housing and the in-flow of homeless from other parts of the country. (A former director of the Teen Project in Venice told me more than 70% of the young people counseled were from out of state.)

Currently, the City is pursuing 350-sq.-ft. efficiency units with kitchens and bathrooms (56% of funded units to date under HHH) or 500- to 600-sq.-ft. one-bedroom apartments (32% of funded units). When these are completed, it will still leave roughly 20,000 people on the streets for the next 10 years.

At one time there were 15,000 single-room occupancy (SRO) units in hotels in downtown Los Angeles: 80- to 120- sq.-ft. apartments, with shared toilets and showers down the hall. These SROs were built between 1890 and 1930 to house railroad employees and itinerant workers, only later in the last century becoming housing for the indigent.

The SRO Housing Corp., a nonprofit set up years ago to restore and operate these buildings, estimates that there are 5,500 SRO units left around Skid Row.

Another successful model is the collaborative housing developed by SHARE!, a nonprofit that typically houses four homeless people in two-bedroom apartments, dormi- tory-style.

I believe the city should redirect the bulk of HHH funds to replace the roughly 10,000 SRO units that have been lost. The city can house many thousands more in SROs than the traditional one-bedroom model or even efficiency apartments.

The city should also limit what it will pay for land so that the most efficient use is made of every HHH dollar. For example, city officials should abandon plans to put 136 apartments—of which more than half would be 600 square feet or larger—on city-owned land one block from Venice Beach, some of the priciest land in Los Angeles.

That land, currently a city parking lot for beach visitors, could fetch maybe $50 million to $90 million if sold, depending on the building entitlements the city allowed a developer. Nonprofits granted these funds could build six times as many SRO units on less-expensive land, which would house 816 people instead of just 136.

Ryavec is a former L.A. City legislative analyst and is currently president of the Venice Stakeholders Association.