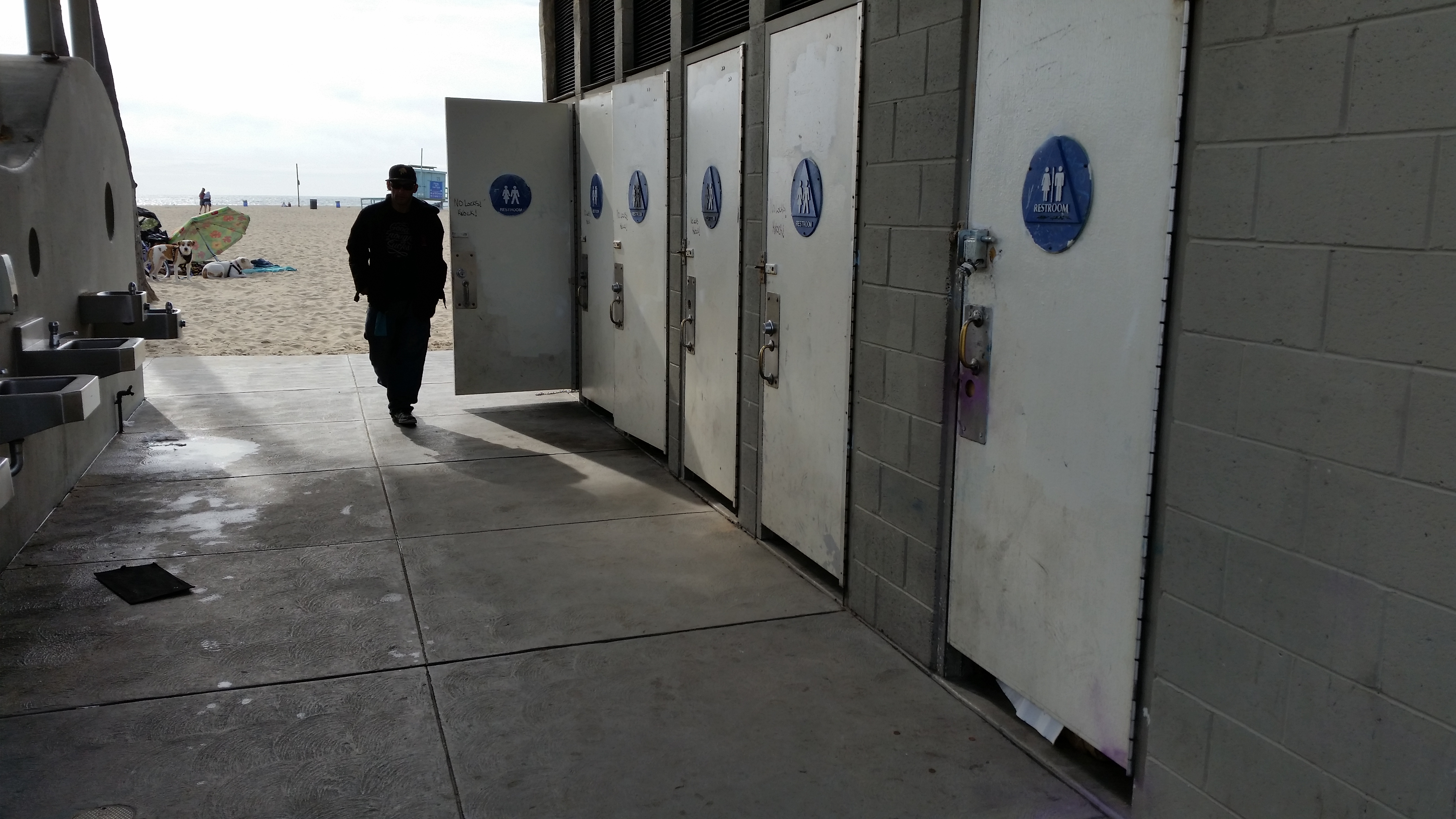 The Los Angeles Recreation and Parks (RAP) Board of Commissioners voted on April 4 to approve keeping the multi-stall bathroom facility at the Venice Beach Recreation Center open 24 hours a day, 365 days a year.

The bathroom, with 12 individual stalls,at 1800 Ocean Front Walk had already been opened the third week of March, which meant the vote was a mere formality.

A Venice resident told the News in a March 26 email: “Without warning to the neighborhood, and only a notice to a select few homeless advocates in the neighborhood, [City Councilman] Bonin put in motion the opening of the bathrooms [at the beach]. The bathrooms were opened last week. There was an email sent to select homeless advocates asking them to join in the ribbon cutting, specifically stating ‘no press.’”

At the April 4 RAP meeting, two people spoke against opening the bathrooms, including Mark Ryavec, president of the Venice Stakeholders Association.

“One has to ask why Rec and Parks restrooms in the Skid Row area or downtown or for that matter the bathroom at the ground floor of City Hall East, which is a short walk from the park in front of City Hall, were not opened overnight first? Certainly, the sheer demand for restrooms is greater in downtown LA. Why does a residential community like Venice have to serve as a guinea pig for opening restrooms overnight?” Ryavec asked.

But it was already a done deal.

RAP staff estimated that the fiscal impact of funding a full-time and a part-time employee at the Venice Beach bathrooms, as well as one contract security guard to be present with RAP cleaning staff, for an eight-hour shift overnight 365-days/year, will be $255,406. This money will come from RAP general funds.

Councilman Mike Bonin made the original motion to open the bathrooms 24 hours a day on April 15, 2016. “Council instructs the Department of Recreation and Parks to identify what financial and personnel resources would be required to open and maintain the public restroom facilities at Venice Beach around the clock.”

That motion, signed by Bonin, was sent to the Arts, Parks and River Committee and the Entertainment and Facilities Committee, with instructions to determine how much it would cost. He added, “I further move that the Department of General Services survey city properties in Venice, and throughout Council District 11, to determine where additional restroom facilities can be provided.”

No other council members asked to have their districts surveyed.

For the motion to move forward, the city attorney had to amend the L.A. Municipal Code Section 63.44 to allow the Board of Recreation and Parks Commissioners to approve 24-hour access to restrooms, which happened in April 2017.

How do residents learn about a new ordinance? This one was posted at three bulletin boards downtown, and a notice was published in a daily newspaper (not specified).

Once the municipal code was amended, the Arts, Entertainment, Parks & River Committee and the Information, Technology and General Services Committee approved the recommendation that the bathrooms (on the beach) be opened.

Last October 18, the RAP Board of Commissioners voted to draft a report recommending the City Council adopt the ordinance to open the bathrooms 24 hours a day.

At a December 12 meeting, the Information, Technology, and General Services Committee concurred with the Arts, Entertainment, Parks and River committee and recommended that the City Council approve the ordinance. But the approval noted that no fiscal impact or community impact statement had been made.

That document then went to the City Council a day later and was approved. The mayor’s office stamped the document on December 19 and the ordinance went into effect January 27.

So why vote at a RAP meeting on April 4, if everything had already been passed by the City Council and the restrooms were already opened?

The two people who spoke against keeping the Venice restrooms open argued that it was discriminatory that only Venice had restrooms open overnight, and asked why not open public restrooms in Pacific Palisades, Playa del Rey or Marina del Rey? They felt that even although opening the bathrooms was an attempt to help the homeless, it was taking the community in the wrong direction.

Locals noted that there are two ADA-compliant bathrooms among the 12 units, but the facility has a plumbing problem.

If Bonin’s directive to General Services is followed, Venice might not have the only park bathrooms open 24/7 in Council District 11.