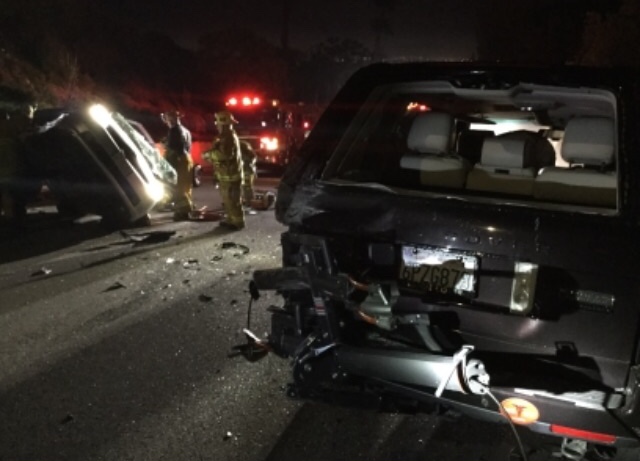 Two people were seriously injured in an early-morning traffic accident Saturday, May 26, in the 1300 block of Lachman Lane in Marquez Knolls. According to LAFD spokesperson Margaret Steward, Station 69 (Carey at Sunset) responded to a call at 4:51 a.m. for a physical rescue.

Neighbors reported that the female passenger had to be extricated with the Jaws of Life from a Prius and was in critical condition. She and the male driver were transported to the hospital.

LAPD West Traffic Division’s Officer Rodriguez said that the car struck two parked cars. There were no minors and no alcohol involved, and nobody was taken into custody.

By May 27, 2018
in Uncategorized
Related Posts
Comments
Leave a ReplyCancel reply