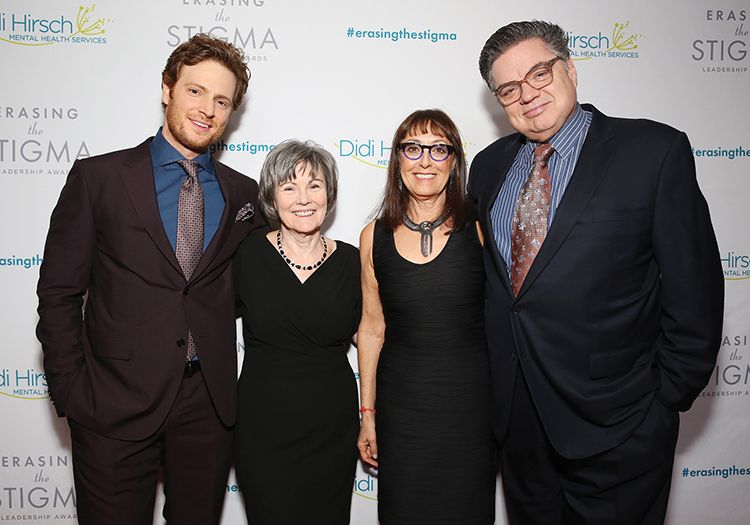 Didi Hirsch Mental Health Services is the nation’s leading provider of community health and substance-use services and is dedicated to serving communities where stigma or poverty limits access to services.

The event was organized by Pacific Palisades resident Laura Ornest, who serves on the boards of the Didi Hirsch Mental Health Services and Jewish Family Service.

Ornest joined the Didi Hirsch board in 1999 as a way of giving back.

“When I was in seventh grade, my mother went to bed for 10 days,” Ornest said, when she was asked by the News why she had joined Didi Hirsh. “My brothers, sister and

I were told she had an inner-ear problem. “When my uncle, her brother died, we were told he had a brain disease,” she said. “Many years later we were told the truth

Mum suffered from depression. My uncle took his life. It’s not easy to witness mental illness in your own family. It’s often difficult to maintain relationships. It’s a painful journey.”

Ornest said that through her own personal growth and therapy, “I learned to face and understand these illnesses and experience hope and healing.

“Hope and healing are what Didi Hirsch brings to so many people—those who otherwise couldn’t afford talk therapy, meds, doctors and support,” said Ornest, who was a producer on CNN during the O.J. Simpson trial.

The Stigma Leadership Awards marked the 60th anniversary of the agency’s Suicide Prevention Center, the nation’s first. Didi Hirsch helps 100,000 adults and children annually from 11 locations and nearly 100 schools in Southern California and re- sponds to more than 100,000 calls each year, providing crisis services, grief counseling, training and research nationwide.

The $700,000 raised will help provide mental health and substance use services for low-income families in Los Angeles and Orange Counties and to suicide prevention services for people affected by suicide nationwide.

The event also launched the Suicide Prevention Center capital campaign to create a new stand-alone center in Century City. The new building, which is under renovation and is expected to open its doors in late summer, will include a Mental Health Clinic and a Training Academy for mental health professionals.

Ornest is married to architect Rick Leslie, who designed their home, and also the proposed used-book store to be built at the existing Pacific Palisades library. They have a son, Harrison, who attends Elon University in North Carolina.