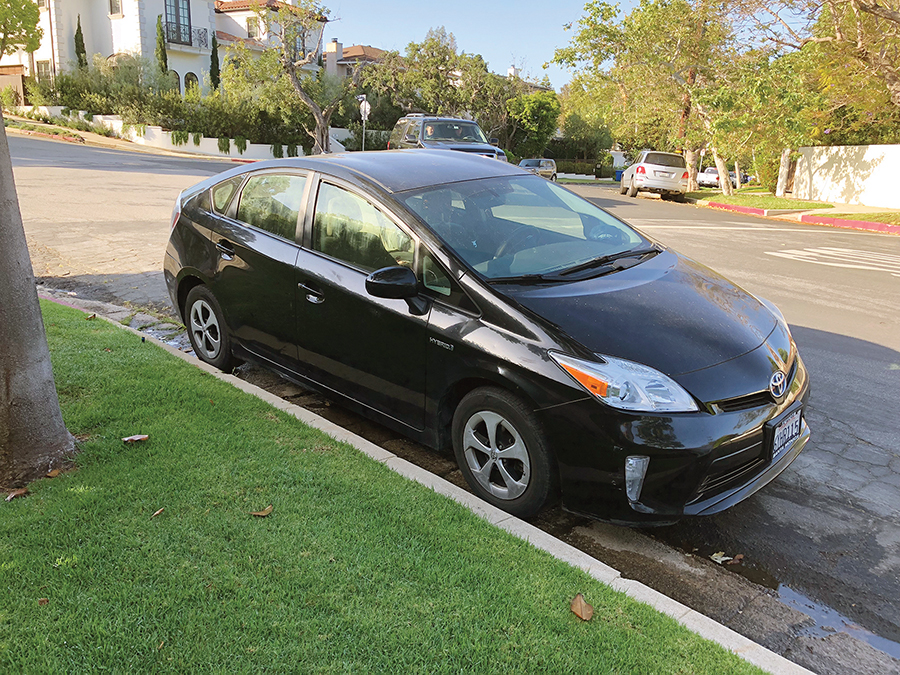 The catalytic converters from at least six Prius cars were stolen in the Alphabet streets neighborhood between 5 p.m. on May 9 and 11a.m. on May 10.

One victimized Prius owner wrote on Nextdoor Palisades, “When you start your vehicle, instead of normally hearing no sound at all, it sounds like a race car without a muffler.”

A security guy had been hired specifically to patrol the Alphabet streets, but was unaware of the thefts, which occurred on Embury, Kagawa, Hartzell, Iliff, with two on Galloway.

Residents were urged to file a report with the West L.A. police station on But- ler, which could be done over the phone.

A June 2016 KPCC story, “How to Keep Your Car’s Catalytic Converter from Being Stolen,” stated: “The effortless and swift manner in which these parts can be acquired are also a reason why these models are singled out—the suspects taken into custody were able to cut them from the cars in less than 90 seconds.”

According to a 2016 San Gabriel Valley Tribune article (“L.A. County Catalytic Converter Thefts Spiking, Thieves Moving Away from Enforcement Crackdown”), police action in the Devonshire Division from March through October 2015 resulted in the arrests of “10 bands of thieves, some four people in each, as well as the take-down of a scrap dealer in Pacoima who was selling the stolen devices to an extraction company in Texas.”

There were 300 parts thefts in the first three months of 2015 alone, but they slowed. “However, by mid-October and throughout November, residents of Silverlake, Echo Park, Glassell Park and Eagle Rock reported a rash of thefts, according to social media posts, bloggers and chat rooms.”

The story quoted LAPD Detective Carmine Sasso saying, “Over the past couple of years, everyone is experiencing spikes in catalytic-converter thefts. You have people who deal in these things that go from location to location and then they leave. It is transitory.”

The targeted vehicles were parked on residential streets, where crews had easy access. Platinum, palladium, rhodium  and gold are the most common metals found in these devices.

According to the San Gabriel Valley Tribune story, organized crews with walkie-talkies operate as a team: the thief stealing the catalytic converter with a battery-powered saw and a mechanic’s creeper (to slide underneath the parked car) and those who watch the street to warn the thief.

The story noted that Priuses were the new targets and replacements can cost $2,400 per car, including parts and labor.

In the KPCC report, three tips for car owners were offered:

1. Park the car in a well-lit area (or use motion-detection lights if parking in a driveway).

2. Purchase a catalytic-converter lock if you have to park on the street—most are a metal webbing to secure the converter to the car, or you can have it welded to the car frame.

3. Etch the license plate number on the catalytic converter, so police can identify the victims and successfully apprehend the criminals.

Catalytic converters “[have] become very popular because of the value, relative ease to steal, and their lack of identifying markings—that’s why we recommend the license plate numbers,” LAPD Lt. Mark Day told KPCC.

By May 21, 2018
in Uncategorized
Related Posts
Comments
Leave a ReplyCancel reply