2018 was a busy year in the Palisades news cycle. From the opening of Palisades Village and the rise of e-scooters to the arrival of permit parking, a handful of topics made the rounds on the headlines many times throughout the year. As 2019 approaches, here are eight stories from 2018 that are worth revisiting.

Retail stores are closing as more and more people order online, and items are shipped to homes. According to the Commerce Department, third-quarter retail e-commerce sales increased four percent to $107 billion, compared with the same period a year ago.

When an item is shipped to your home or if you buy a car, you pay tax according to where you live, which is determined by your zip code.

Santa Monica Canyon resident George Wolfberg discovered that even though he lives in Los Angeles and should have been paying a 9.5 percent city tax on shipped items, he was actually paying 10.5 percent Santa Monica taxes, thanks to his 90402 zip code. 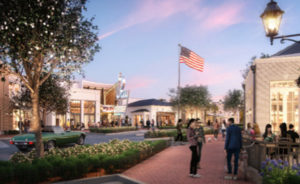 Caruso announced Tuesday that the grand opening date for its Palisades Village is set for Saturday, September 22, 2018. With curated shopping, dining and lifestyle offerings, the highly-anticipated project is focused on providing the neighborhood with a new community-gathering spot that supports the local lifestyle, while creating experiences that are one-of-a-kind and welcoming to all. Shaped over the past three years by thousands of conversations and meetings with residents of the community, the revitalization is designed to respect and honor the Pacific Palisades’ history. 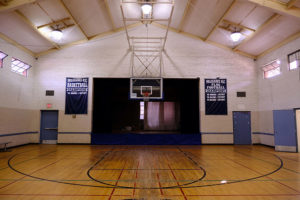 In February, the Palisades Recreation Center made a plea for residents to help raise $75,000 to refurbish the small gym.

While researching another story, the News discovered that money for this project was in place—last year—but is now gone.

On June 21, 2017, L.A. City’s Recreation and Parks Board of Commissioners quietly reallocated Quimby funds slated for the Palisades Recreation Center to the Venice Beach-Pier Refurbishment Project.

The board minutes reported that $19,207.18 dedicated to the Palisades Rec Center for building improvements and $73,390.60 that was reserved for indoor and outdoor park improvements at the center was being allocated to the Venice project. 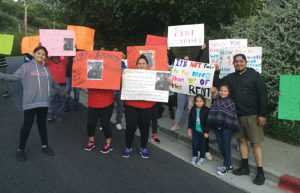 By Sue Pascoe
Originally published May 4, 2018

A rent dispute led to a tenant demonstration near landlord Lisa Ehrlich’s home in the Palisades Highlands on April 23.

Close to 70 people participated, according to eyewitnesses. The protestors included tenants who live in one of three buildings, located at 131, 143 and 171 S. Burlington Ave. in Westlake, a majority Latino neighborhood sandwiched between Koreatown and Downtown L.A.

Palisades Patrol officer A. Gonzalez spoke to some of the organizers, who told him their landlord was Lisa Ehrlich and that a civil court hearing was to be held on April 25. Tenants told him they had received rent hikes ranging from 25 to 50 percent.

The Westside of Los Angeles, from Venice to Brentwood, is crawling with e-scooters but under new laws passed by the Los Angeles City Council on Tuesday, this may all soon change.

The motion passed the by Los Angeles City Council with a 13-0 vote on Tuesday, August 4 will limit scooter companies to 3,000 devices each within the City. Companies may add 2,500 devices in disadvantaged communities in Los Angeles and an additional 5,000 devices in disadvantaged communities in the San Fernando Valley. These numbers are not set in stone, however, as the Council requested the Department of Transportation to report back on the optimal number of scooters needed to fulfill riders’ needs while avoiding overcrowding.

As of December 3, the “alphabet streets” area of Pacific Palisades now has an enforced Preferential Parking District (PPD) to prevent residents from having issues parking in front of their own homes. Announced in Councilmember Mike Bonin’s November “Neighborhoods First Newsletter,” the implementation of a permit-only parking area has come in response to longtime complaints from members of the community.

“The new PPD was requested by neighbors and it will be a relief for the community as we enter the holiday shopping season,” the newsletter stated. “Thank you to Pacific Palisades Community Council area representative Sue Kohl for her work to get things done for the neighborhood.”

Residents on these streets have had issues with parking for years. Russell Evans, an “alphabet streets” resident, shared that prior to any parking enforcement, residents had to deal with all manner of issues. Local business employees would park all day, people would drink in their cars – littering beer cans, and due to the constant congestion of parked cars, the streets began to get dirty.

Last month, at the Palisades Community Council board meeting, plans were discussed to construct a continuous beach walk path that will extend from Venice to the Pacific Palisades.

The Marvin Braude Beach Trail is the 22-mile long path along the Pacific Ocean coastline that stretches from the Will Rogers Parking Lot in the north to Torrance County Beach in the south, going through the communities of the Marina Del Rey and the cities of Los Angeles, Santa Monica, El Segundo, Manhattan Beach, Hermosa Beach and Torrance. Alongside much of this path, there is a designated pedestrian walkway, but a 0.6-mile gap from the Pacific Palisades to Santa Monica forces those on foot to share the bike path with bikers and scooters, which presents safety concern

On Tuesday, Los Angeles City Council approved a 154-bed bridge housing homeless shelter in Venice, intended to serve all of Council District 11, which includes Venice, a project that has been a topic of heated debate among many local residents.

Venice has the highest concentration of homeless individuals on the Westside, with nearly 1,000 people experiencing homelessness and according to the Los Angeles Homeless Services Authority, and 85 percent of these people are unsheltered.

“If we keep saying no to housing and to shelter, we allow the status quo to continue,” said Los Angeles City Councilmember Mike Bonin, who represents Venice.