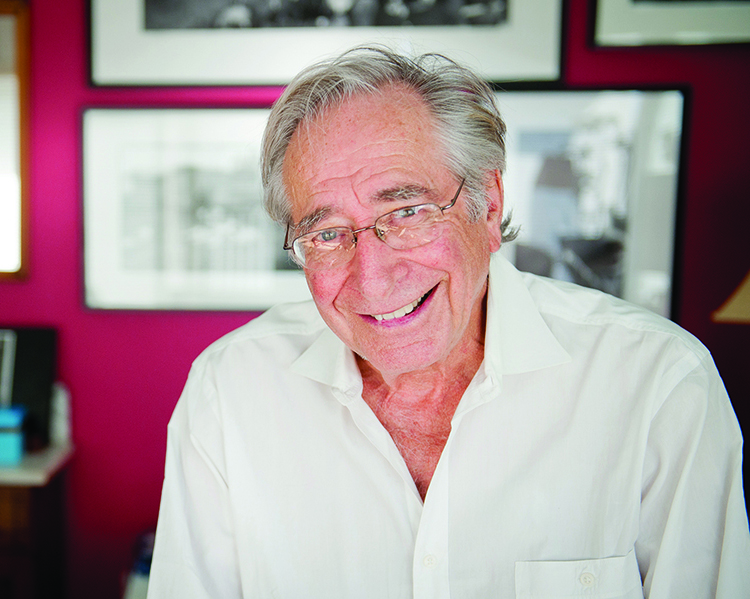 The sons and daughters of coal miners were the victims of a tragic mining-related accident on October 21, 1966 in Aberfan, a small village in South Wales.

Man-made mountains of coal-mining waste (known as tips) surrounded the town. On that day, the largest tip became unstable and piles of waste mixed with water to form an avalanche, burying the town’s primary school where children and teachers were starting their day.

Although the townspeople rushed to help and save whomever they could, there was little they could do. The coal miners made the one-mile ride up the elevator from the mines to find the tragedy that awaited them.

The catastrophe made international headlines: 116 children and 28 adults dead. Photojournalist Chuck Rapoport saw another story: the one that would continue in the disaster’s aftermath.

Watching the television coverage at home in New York where he lived with his wife Mary and 4-month old son, he wanted to take his camera to Aberfan after the other journalists had left.As he told his editor at Life magazine, he wanted to document a town with no children.

Although he faced difficulties at first, the “Yank,” as the locals called Rapoport, eventually came to be accepted during the five weeks he documented the town. He arrived eight days after the tragedy and stayed in a single room above the town pub.

One local man, Dai George, who hated the “journeys” (journalists), accepted him only after he explained he was “a poet with a camera.”

“You’re in the land of poets,” George said after Rapoport recited a Dylan Thomas poem he had learned as a student at Ohio University.

Jim Hicks, Life’s London bureau chief, accompanied Rapoport to Aberfan for part of the time. Their work resulted in “Aberfan: Stirrings of New Life,” a 10-page photo essay published in January 1967. Rapoport also published a book “Aberfan: The Days After: A Journey in Pictures,” and his photos have been exhibited at the National Library of Wales.

In one case, his photo even led to a marriage and new life. He photographed John Collins, who had lost his wife, children and his home. An American woman, moved by the photo, reached out to Collins, and they eventually married. Their daughter Bernice later contacted Rapoport to inquire about getting a copy of the photo that was such an important part of her family history. After working in photojournalism for “Life, Paris Match” and other publications, Rapoport moved to Pacific Palisades in the 1970s and became a screenwriter.

Fifty years after the disaster, he made a short film about his experiences, assisted by his wife Mary and their sons, Caleb and Benjamin.

“Sorrow and a Stirring of New Life,” which contains more than 100 images Rapoport shot for Life, includes the photographer narrating what he was thinking and feeling at the time. The film screened in Wales in 2016, and Rapoport was there for the opening. “When shown at the premiere in Wales, for the 50th anniversary of the disaster, there was not a dry eye in the house,” Rapoport recalls. “When I got up to speak at its conclusion . . . I couldn’t contain my self and openly wept.

“Many wept at the images they were seeing, and what they recalled (there were a number of survivors and folks who lived through that awful time). But I was emotionally overcome by where I was standing, who was there, and that we had all been given life to be together at that moment.”

Shortly after that, Rapoport was honored with a membership in the National Union of UK Journalists. His 28-minute film also played at the 2017 ReelHeART International Film Festival in Toronto, where it was nominated for best documentary short.

As described on the film festival’s website: “Sorrow and a Stirring of New Life” is Chuck’s melancholy, yet uplifting journey through his photographs fifty years later, which poetically captures the sadness of loss and resilience of the heart.”