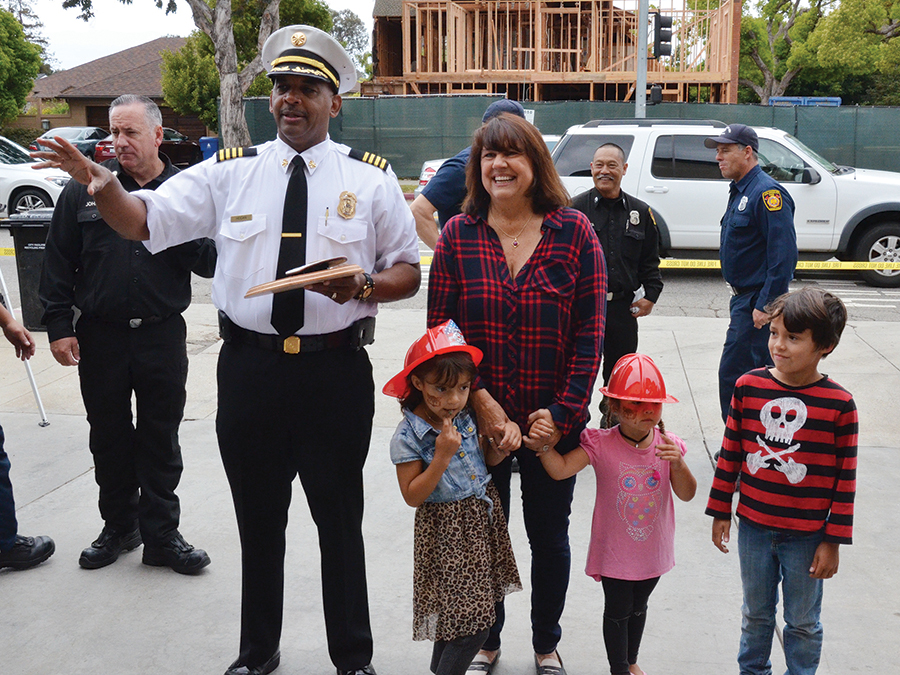 Sharon Kilbride, who has been instrumental on the enforcement committee of the Pacific Palisades Task Force on Homelessness (PPTFH), was named honorary fire chief at a ceremony during an open house at Fire Station 69 on May 12.

Kilbride personally visits illegal campsites that have been set up in areas designated as “Fire Very High Fire Severity Zone,” and with the help of the PPTFH and LAPD helps transients find help and housing.

Armando Hogan, deputy chief and commander of the west bureau, in presenting the plaque, recognized Kilbride for her efforts in preventing brush fires.

During the event, the station was open to the public and there were cookies donated by Viktor Benes Bakery, doughnuts from Krispy Kreme, chips and water donated by Ralphs and Vons, and hot dogs and buns thanks to Gelson’s.

Kids had a chance to “drive” the fire truck and have their faces painted. There was also a Jaws of Life demonstration.