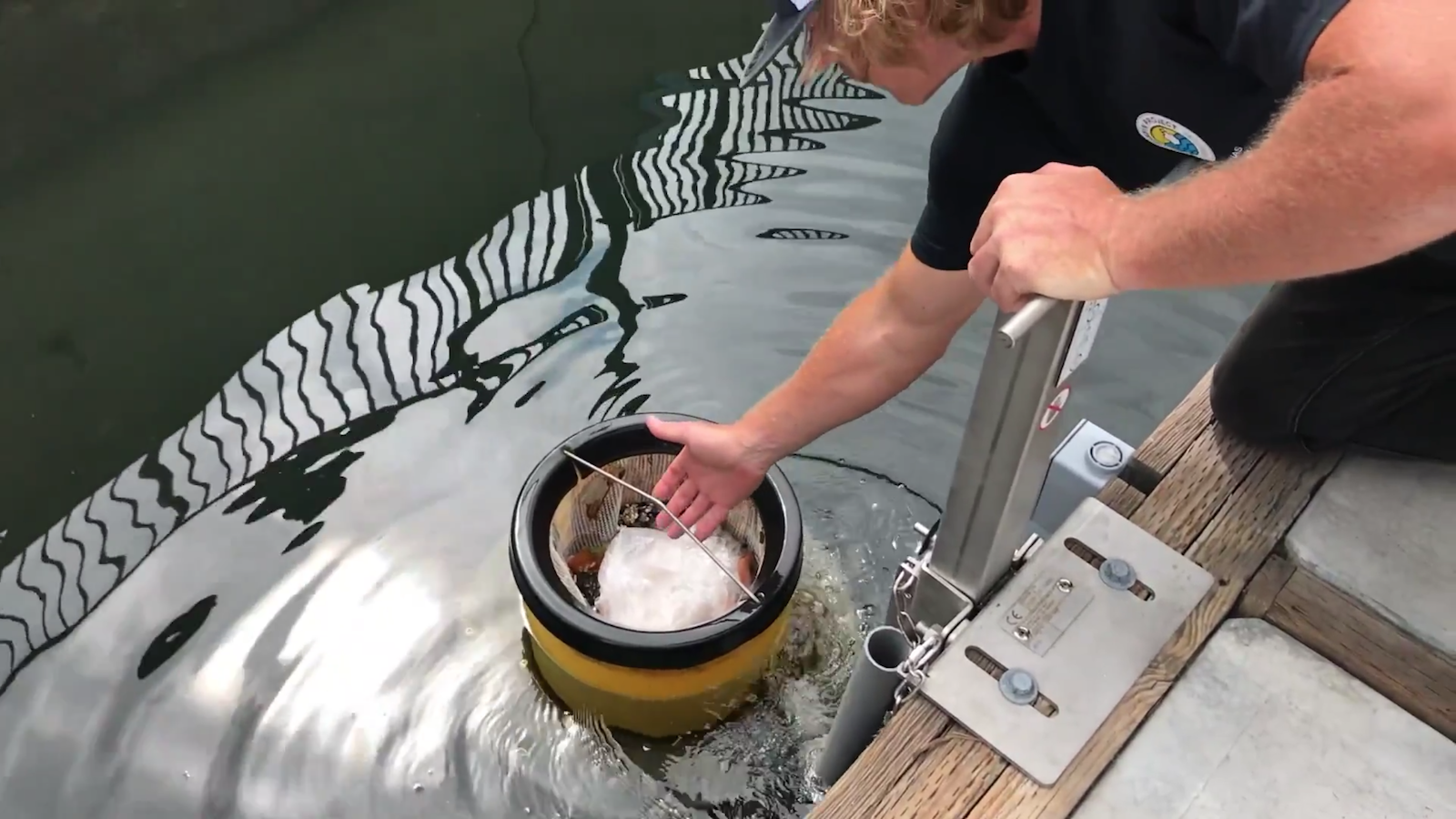 In late June, Aussie surfer, innovator and clean ocean advocate Pete Ceglinski visited Marina Del Rey to install LA’s first two Seabins. Since their installation, the devices have been working to remove plastic pollution from the marina. The visit was a part of the Seabin America Tour; Ceglinsky and his team have been traveling along the California coast, installing Seabins and hosting public demonstrations along the way, since June.

The Seabins, which stand around three feet tall, are anchored at strategic locations in the marina where winds and currents cause pollution to build up. With the top of each Seabin sitting at the surface of the water, the device works like a pool skimmer.

“The idea basically stemmed from having a problem of all this marine litter that was just constantly in the water,” Ceglinsky said. “I love to surf, scuba dive, free dive, swim and fish, and personally, I don’t want to swim or surf in plastic — it sucks.”

During the public demonstration at the marina, Ceglinsky fielded questions and described how the Seabins work.  “It started out with this very lateral thought: If we have trashcans on land, why don’t we have trashcans in the water to deal with all the floating plastic? And so we literally did that,” Ceglinksy said. “We have a trashcan, put it in the water, we put a water pump at the bottom, we skim the water from the top, we push it through the bottom, and we then we filter out all the trash, the plastic bags, and the bottles and even microplastics in a filter, which can then be removed.”

According to Ceglinsky, the Seabins in the marina have been collecting around ten pounds of trash every day. Ceglinsky says 720 Seabins have been installed in 40 countries around the world.

Although Seabins is still a small startup, Ceglinsky hopes to expand with more locations and products. The company has a model that floats in the water, and the company is aiming to get away from the docks and into open water.

To achieve Ceglinsky’s long-term goal, his company is half for-profit and half nonprofit. On the for-profit side, the company sells pollution-reducing devices and technology; on the non-profit side, the company hosts educational programs and stem workshops targetting local schools and communities. The goal is to employ preventative measures to solve the world’s growing ocean pollution problem, Ceglinsky explained.

“We’re working to do ourselves out of business,” Ceglinsky said.