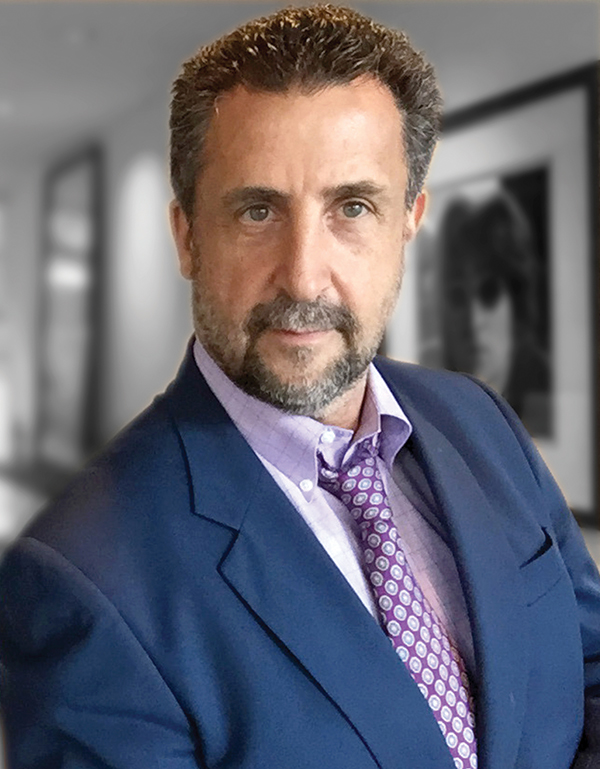 Creativity and problem solving are two of Marty Halfon’s favorite aspects of being a realtor.

From the beginning, when he dove into the profession after his freshman year at St. Mary’s College in 1978, he found both real estate’s design possibilities and varied challenges appealing. For example, he helped remodel the first two homes he sold in his hometown of Beverly Hills, and in the 40 years since he has also enjoyed renovating and redesigning multiple properties ranging from apartment houses to industrial spaces.

“I look at things a little different; I look at the simplicity of fixing things more than the complexity of it,” Halfon said. “I’m a problem solver. In real estate you have to be because you’re always solving problems. . . . Some people look at construction issues as roadblocks. I look at them as hurdles that we can get around—not a big deal.”

As a teenage realtor, he also encountered his own hurdles to get around. In his first year selling homes, he encountered some unscrupulous people and discovered he was a bit naive about how the real estate world worked.

“I was raised that you do what you say you do,” Halfon said. But “people were ripping me off, lying. I said to my father, ‘I don’t want to change who I am to survive in this business.’ I had a baby face. I was too naïve. People were thieves. It was a rude awakening. It was real life.”

So Halfon stepped away from real estate for a few years and pursued another interest—music. He worked for Motown, listening to music submitted to the A&R department. This interest strangely enough led him back into real estate. The night club Studio 54 was popular in New York City at the time, and after a visit there, he was inspired to start something similar in Los Angeles.

A 10,000-sq.-ft. roller-skating rink called Flipper’s had gone out of business, and Halfon arranged a deal to create a nightclub there and also ventured into creating concerts in various struggling L.A. clubs. By 1985, he was back in real estate to stay. He first trained in commercial real estate at Marcus & Millichap, and then worked both on his own and with the Homestead Group in apartment building acquisitions. He finds commercial real estate to be more strategic, while residential transactions are more emotional.

“It’s like fixing someone up on a date,” Halfon said. “You can’t sell residential real estate. You listen to what they like, what they don’t like” and try to find the right match. With commercial ventures, “it’s not a matter of emotion. It’s a matter of fact. I understand both aspects. I can analyze an apartment building in 10 seconds if you give me the numbers, but selling a house is like being a tour guide.”

Halfon has also purchased properties himself, including 10 homes and various apartment buildings, which he has often renovated. He worked on a deal to convert a Sylmar industrial space to Lone Star Studio, which was home to a couple of the Matrix movies and the Ripley’s Believe It Or Not television series. In 1992, when the real estate market crashed, he switched gears and opened a restaurant, The Hollywood Hot Dog, which he operated for four years as a quick, less expensive business lunch spot that appealed to people ranging from President Ronald Reagan to Steven Spielberg.

Throughout his various ventures, he has worked to be forthright about issues with properties, such as pointing out shoddy construction or cheap features that he feels makes a purchase not worth the expense.

“I won’t sell you something just to make a sale,” he said. “I wouldn’t let you buy it just to make a commission. I don’t believe in that. . . . My reputation is more important than making a sale.”

He has also continued to cherish community. Until last year, Halfon had centered his life in Beverly Hills, where his family had moved when he was five years old. He has worked at Rodeo Realty for the past six years and at various other realty firms, such as Fred Sands and June Scott and Associates, previously.

However, last summer, he moved to Pacific Palisades with his daughter, Caitlyn, 16, and son, Sam, 14, and began working at the Palisades Rodeo Realty office in addition to the Beverly Hills location.

He has since relished being a part of the Palisades by joining the Chamber of Commerce, donating a piano to Palisades High School, where his daughter is a junior, and also raising money to eventually refurbish the school’s tennis courts in part through an upcoming event at Café Vida. (Twenty percent of gross sales between 6-9 p.m. on January 16 at the 15317 Antioch restaurant will support this effort.)

He was drawn to the Palisades because of the small-town feel, similar to the Beverly Hills of his youth—a safe, quiet community where everyone knew and helped each other.

“I was raised in a very close-knit family where my dad coached Little League and my parents were involved in the community,” Halfon said. “My value system comes from family and community involvement and giving back and being a part of. That’s why, since I moved to the Palisades, I’ve been very involved.”