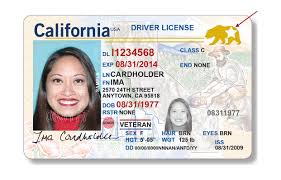 TSA will not allow California residents to use a driver’s license as identification to go through airport security, starting in 2020. Instead, one must show a REAL ID, a passport or military ID to go through security.

On January 22, California started issuing REAL ID cards, which are the equivalent of driver’s licenses and are available through the DMV.

Twenty-seven states are already compliant with the new federal identification card, which is supposed to be harder to forge, according to the U.S. Department of Homeland Security.

In order to obtain a card, a resident must have 1.) proof of identity (U.S. birth certificate, U.S. passport, employment authorization document, permanent resident card or foreign passport with an approved from 1-94); 2.) proof of social security number (Social Security card, W-2 or paystub with full SSN); 3.) California residency document (utility bill, rental agreement, mortgage bill or medical document; and 4.) a name change document, such as a marriage license may be required. Original documents or certified copies are required. Visit dhs.gov/real-id-public-faqs.

Driver’s licenses and IDs must now also include a common barcode and security devices to prevent any tampering with or counterfeiting of the card and must display a star in the upper right-hand corner, signifying that your identification has been approved by the TSA and your identity has been verified.

Each state must also agree to share its database of licensed citizens and drivers with all other states.

U.S. Congress passed, and President George W. Bush signed the “Emergency Supplemental Appropriations Act for Defense, the Global War on Terror, and Tsunami Relief Act” into law in 2005. Contained within that legislation was the “REAL ID Act,” provisions requiring every state to issue drivers’ licenses which conformed to a national standard.

That legislation was passed in response to the September 11 terrorist attacks. The attacks on the World Trade Center and the Pentagon were facilitated by 18 of the 19 hijackers’ having obtained fraudulent identification (including U.S. drivers’ licenses) that helped them board the planes they hijacked.

Nearly 100 other countries in the world (including most European countries) have some form of ID card. Participation by states is voluntary, although Federal agencies are prohibited from accepting driver’s licenses or identification cards from noncompliant states for official purposes (e.g., boarding aircraft, accessing federal facilities, and entering nuclear power plants).

One does not need a REAL ID to vote, drive, apply for or receive federal benefits, enter a federal facility such as a Post Office, visit a hospital or receive life-saving services.

To apply for a REAL ID, one must make an appointment before visiting a DMV office.