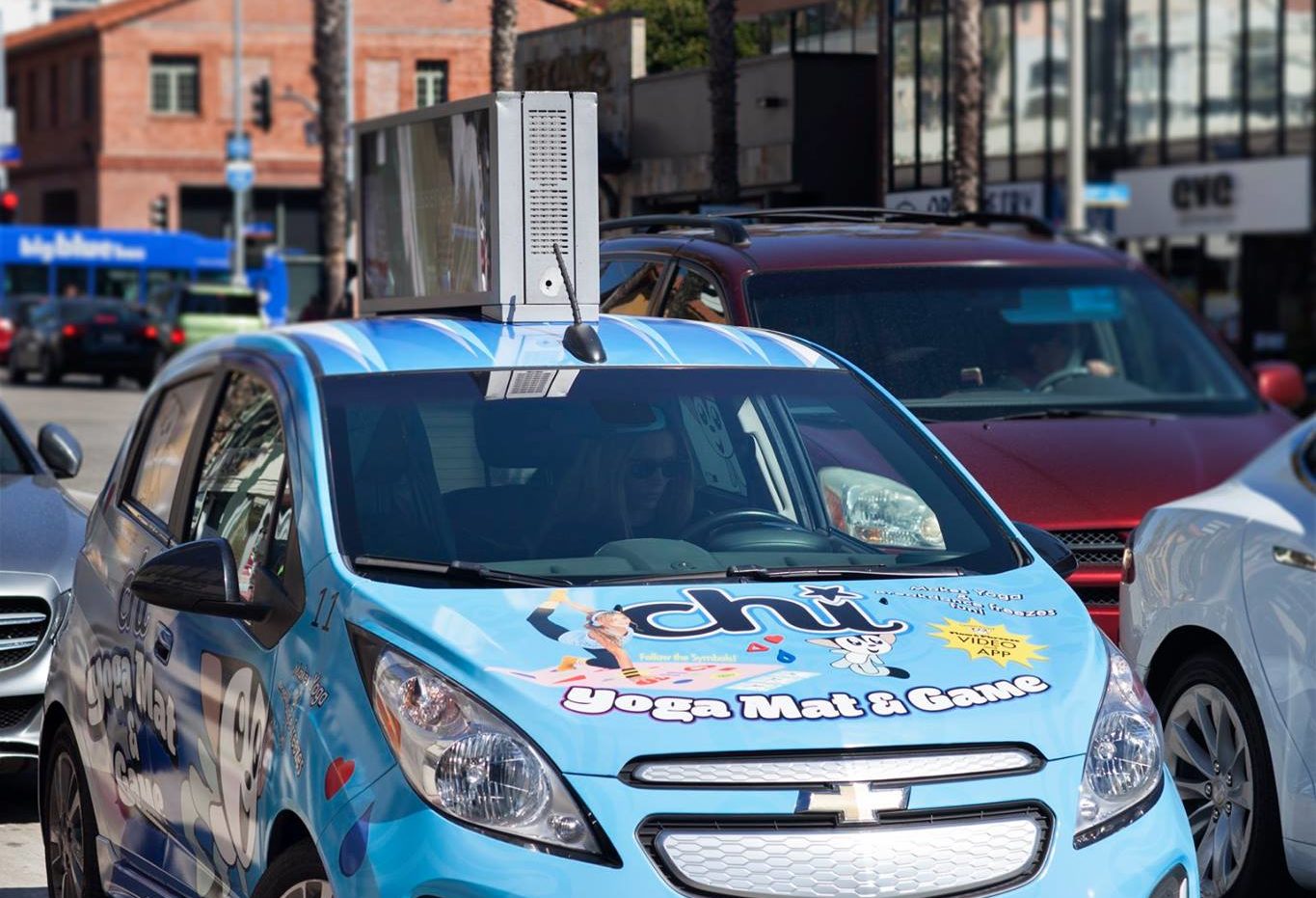 Digital rooftop advertisements on cars have become commonplace on streets throughout the Westside, and while rideshare drivers use these billboards as an extra source of income, local lawmakers, including the Pacific Palisades Community Council (PPCC), are looking regulate these moving ads.

“PPCC has long expressed opposition to the permitting of digital signage in our parks and any areas in the City which are not designated sign districts. At its March 14 meeting, the PPCC Board additionally expressed strong opposition to the permitting of digital signage, including video advertising, on any vehicles, whether privately-owned or for-hire,” wrote PPCC Chair George Wolfberg in a letter to Los Angeles City Councilmember Mike Bonin who represents Pacific Palisades.

The letter PPCC sent to Bonin expresses support for Council File 19-0104, which if passed would instruct the City Attorney to prepare and present a draft ordinance to repeal Taxicab Board Rule 415(c), which allows commercial advertising to be mounted on a taxicab roof or trunk.

“This is more than an accident waiting to happen; this is a potential calamity waiting to happen. There have been a number of people on the City Council for a very long time who ’ve been concerned about billboard blight, particularly digital billboards. What we have on the horizon is the potential of mobile digital billboards driving all around our city, parking and advertising junk food near our schools or our playgrounds,” Bonin said.

Bonin, who is the Chair of the Transportation Committee, also pointed out that California State law prohibits the practice in the first place. California Vehicle Code Section 25400 states that a vehicle may be equipped with a lamp or device on the exterior of a car that emits a diffused non-glaring light of not more than .05 candela per square inch of area. L.A. lawmakers contend that digital billboards on top of many cars exceed this level of illumination.

Representatives from companies behind these business practices, however, argue that with digital rooftop ads, drivers can make an additional $300 monthly.

“We offer as much as a 20 percent boost to their hourly income without working any additional hours or driving additional miles. Not only will our devices help taxi drivers earn additional money, they will also help bring much-needed innovation to the industry so that they can better compete with rideshare as well by offering free in-vehicle WiFi,” said Peter Gould of Firefly, a company that deploys digital smart screens on rideshare vehicles.

Taxicab drivers also voiced opposition to a ban on digital billboards, arguing that as they have lost costumers to Uber and Lyft, digital advertising offers them a means to earn more income and compete with rideshare giants.

In addition, many rideshare drivers told city council that instead of targeting rooftop ads on cars, other areas of public safety should be tackled instead.

“I’ve never once seen any endangerment in the road. If anything, I see more people on their cell phones, smoking marijuana while driving, or drinking and driving. But cell phone use is the number one distraction we see in those roads in Los Angeles. Being born in East Los Angeles and raised in South Central, I drive in those areas and with Firefly I feel safe. I feel that I stand out,” said Damien Cortez, a Navy veteran and father of two who works for Uber, Lyft and Firefly.