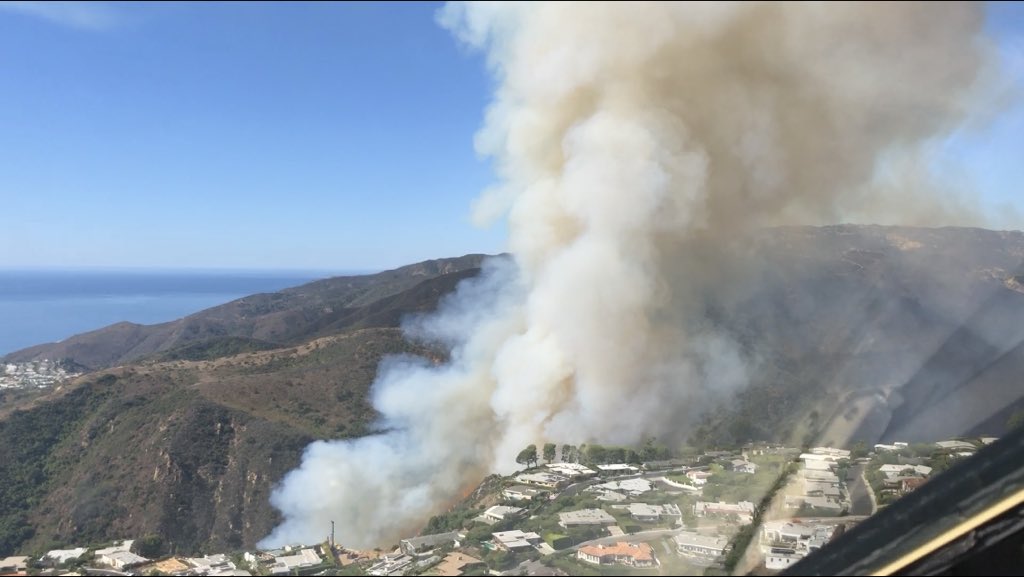 “These bills will exacerbate crowded conditions on our roads and put lives and property at risk,” says PPCC

With the Los Angeles Fire Department (LAFD) advising that brush fire is now a year-round affair, the Pacific Palisades Community Council (PPCC) is expressing opposition to a set of state housing bills that they say will exacerbate crowded conditions on roads putting lives and property at risk.

Over the past few weeks, a series of brush fires have broken out in the Los Angeles-area, including one in Bel Air last week.

“Even during the ongoing COVID-19 pandemic, brush fires remain a threat to both lives and property in the City of LA. There are more than 147,000 parcels in the City’s Very High Fire Hazard Severity Zone (VHFHSZ) requiring annual brush clearance inspections,” the LAFD says.

With the threat of fire in mind, the PPCC on Monday sent a letter to the State Senate Appropriations Committee expressing opposition to a set of bills that could lead to greater housing density. Pacific Palisades residents were recently under mandatory evacuation orders during the 2019 Getty Fire and Palisades Fire.

“During mandatory evacuations, swift access is needed for emergency vehicles as well as for the thousands of residents who are forced to flee their homes. Such access will be compromised by the increased density – more population – called for by the proposed bills,” says PPCC.

The bills under scrutiny include SB 902, 1085, 1120 and 1385, which the PPCC says would erode local land use and zoning control and allow denser development in residential areas, either by streamlining California Environmental Quality Act (CEQA) and other approvals, allowing cities to bypass voter initiatives and/or mandating or providing incentives for up-zoning to create more housing.

“None of the bills contains an unconditional exemption for parcels located in the Very High Fire Hazard Severity Zone (VHFHSZ). As a result, this proposed legislation presents a clear danger to public safety in VHFHSZ neighborhoods,” reads the PPCC letter. “All of the Palisades is located in the VHFHSZ. We have only two primary routes of ingress and egress and many of our hillside streets are narrow and winding. The increased density called for by these bills will exacerbate crowded conditions on our roads and put lives and property at risk.”

In their letter, PPCC says it will oppose these bills unless they are amended to provide for a clear, unconditional exemption for VHFHSZ areas.