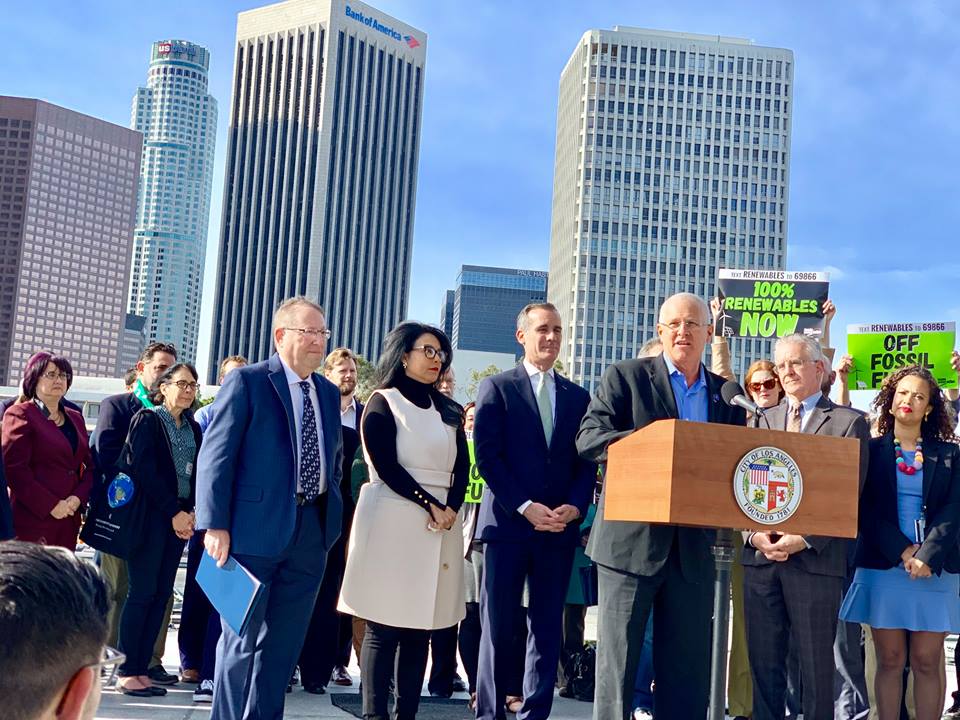 Mayor Garcetti opts to not reinvest in fossil fuels.

The City of Los Angeles will not spend billions of dollars to rebuild three natural gas power plants, Mayor Eric Garcetti has announced.

The three plants in question are the Scattergood in El Segundo just south of Los Angeles International Airport (LAX), Harbour in Wilmington and Haynes in Long Beach. According to the California Office of Environmental Health Hazard Assesment, the Scattergood and Harbour plants are in some of the most polluted areas in the state. California lawmakers previously ordered Los Angeles to shut down ten gas-fired power-generating units among these three power plants because they utilize the ocean for cooling, which harms marine life.

Garcetti’s decision flies in the face of a December 2018 recommendation of independent consultants and Los Angeles Department of Water and Power (LADWP) staffers to spend $3.4 billion to replace seven of the ten ocean-cooled generators with generators equipped with dry-cooling capabilities and supplement the other three with increased energy efficiency, solar power and energy storage. LADWP staffers have argued that gas power plants are critical to ensuring the city had enough power.

State lawmakers, however, had passed a bill several months ago requiring cities in California to get to 100 percent renewable energy by 2045 and many local lawmakers and environmental activists pushed back, urging Garcetti to explore alternatives to gas plants and adopt green alternatives. Among those vocal in their opposition to LADWP’s proposal to reinvest in these gas plants was Los Angeles City Councilmember Mike Bonin, who represents Pacific Palisades.

Following Garcetti’s announcement that the city will not rebuild these three power plants, Bonin and environmental activists applauded the decision, saying it is part of Los Angeles’ Green New Deal, a reference to the far-reaching climate change policies espoused by Rep. Alexandria Ocasio-Cortez (D-N.Y).

“We are sending a clear and unmistakable signal that the people of Los Angeles are determined to fight climate change. We refuse to condemn our children to a world of extreme heat and cold, freak storms, drought, wildfires, and a diminishing food supply. For the health and safety of our kids, we insist on getting off fossil fuels and moving aggressively to clean and renewable energy,” Bonin said in a Facebook post, adding a few hours later: “Los Angeles is leading the way toward a sustainable, equitable and thriving future and I am thrilled to work with activists and environmental champions to show the world what a #GreenNewDeal can look like.”