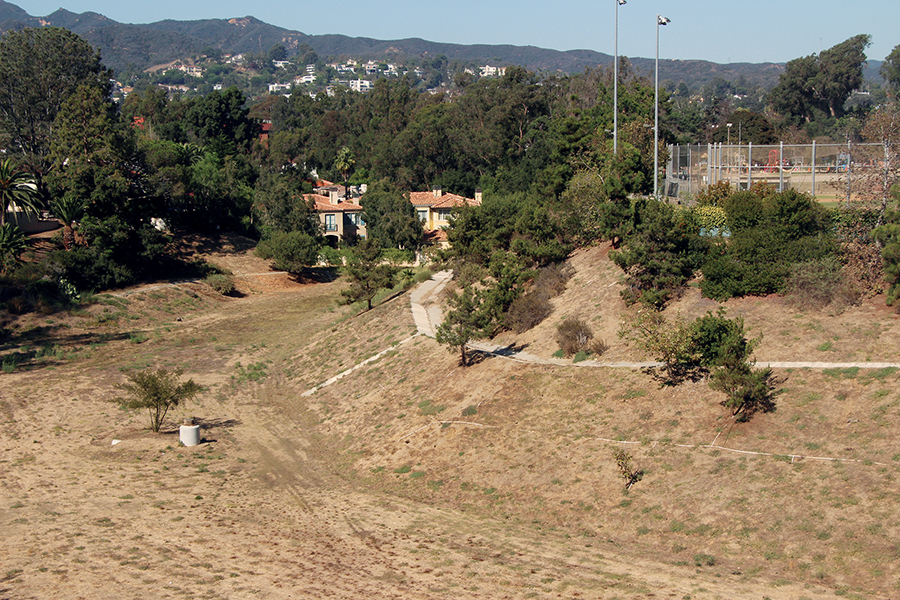 It is possible that there is movement on Potrero Park—and we’re not speaking of an earthquake.

At a downtown Recreation and Park Commissioners committee meeting on April 4, Potrero Canyon Park Project Manager Pedro Garcia reported on the latest status of a park that has been under construction since the mid-1980s.

About $40 million had been collected in a special account to be used for the completion of Potrero Canyon Park, a passive recreation park with riparian landscaping. The last of the 21 lots along Potrero Canyon has been sold to help fund the project.

“We received abut 122,000 sq. yards of soil from the Caruso project,” said Garcia, noting that once the City received approval from the RAP board to continue, bids will be put out to finish the grading in the canyon.

He anticipates that once the grading contract is awarded on the 46-acre park, the contractor will start the beginning of June and it will take about 14 months.

In a 2017 News story, “Potrero Park Will Open: Guess the Latest Date” the city had projected that the park, which was initially supposed to be completed in 1989 and then in 2017 would now be completed in 2020. At the meeting, David Card, who has worked on the Potrero Canyon Advisory Committee, asked about the status of acquiring land from Caltrans. The park which starts just below the Palisades Recreation Center, off Fontera, winds a mile through the canyon to Pacific Coast Highway.

Caltrans owns the land adjacent to the highway. Garcia told Card that a permanent per- mit is still in progress. There could be a problem because the land might be the site of lead from earlier auto exhaust and there’s a chance the soil would have to be mitigated. There is a conditional encroachment permit in place, which allowed the hauling. Card also wondered about ADA issues because the mouth of the park is more like a hiking trail.

“It’s too steep to make it ADA compliant,” Garcia said. “It’s basically a landslide so its not feasible, but that has been signed off.” Also heading the Potrero advisory committee was George Wolfberg, who queried if the grading had gone out to bid. “Not yet,” Garcia replied.

Palisadian Joe Halper, who is now a member of the RAP Board, asked Wolfberg how long he had been working/following this project.