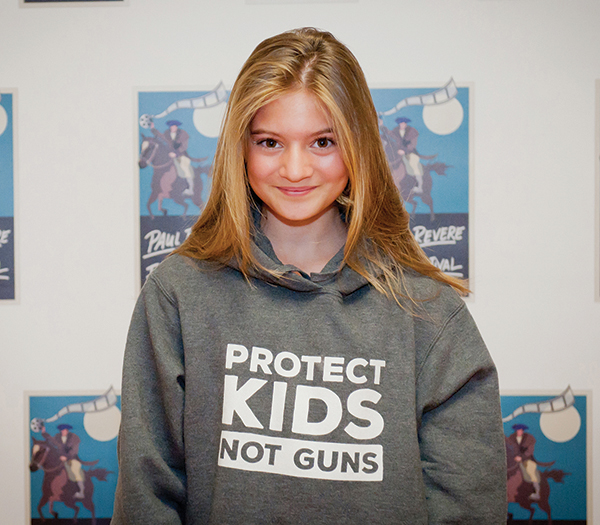 “However, when we received all of the live-action submissions we noticed that a large percentage were from the horror genre,” Fitzer said. “That’s when we decided that it would be fun to add a special horror category this year. And the horror films seemed to be huge audience-pleasers.”

Thirty-three films were screened, each of them one to six minutes in length, and awards were given out to first, second and third-place winners in each category.

Gabriel Groenwold took first in the horror category with “Did You Hear That?” As one judge said, “The filmmakers assigned themselves to make an intense and horrifying thriller, and they have delivered. The entire cast comes through with strong, sympathetic performances. The supporting players are sharply drawn and the special effects are professional.”

Harrison Denman won the animation category for “Charlie’s Story,” where the computer-animated Charlie cleverly steps out of his own world and interacts with other types of animation as he travels through different worlds trying to save his friends from a computer virus.

In live-action, Morgan Hillenbrand took first for “TEXTCHAINed.” One judge commented, “’TEXTCHAINed’ is a well-crafted and evocative drama that takes place between two families, seemingly unaware of the other. Morgan Hillenbrand uses a complex and disarming narrative strategy. Despite the tragic storyline the audience will feel enormous sympathy for the lead character. ‘TEXTCHAINed’ is notable for its clever use of lenses, angles, depth of field, and time-lapse photography.”

First place in the Public Service Announcement category went to Eva Milan Engel for “Stop the Insanity,” her anti-gun violence video inspired by the high school shooting in Parkland, Florida. The movie starts with a quotation from Albert Einstein: “Insanity is doing the same thing over and over again and expecting different results.” Using video and audio from the shooting that she found on YouTube, Engel edited together the postings of thoughts and prayers, and then stated that the last step is that nothing changes.“ We need commonsense gun laws in America,” Engel said. “I think we need change.”

The music video “Finesse” by Brooklyn Taylor and Jonah Bahari tied for first place with “Runaway Baby” by Emmett Whitaker.

Bahari described making their music video as fun. Sixth-grader Whitaker’s video showed a 4-year-old being chased by her mother in order to have a pull-up put on. He said of the actress, his 41⁄2-year-old neighbor Emily Cudzil, “She’s very cooperative and she’s a great actor.”

Jackson Geiger also worked with a young actor in his winning commercial HedBanz. The commercial showed Geiger’s difficulty in trying to play the “What Am I?” guessing game with his 5-year-old brother Austin and ended with the line, “HedBanz is not suitable for children under 7.”

Julia Musumeci explored Ecuador for her winning documentary, “From 0 to 19,437 Feet.” Musumeci, who has family there, showed the diversity of the landscape from the beach to the Amazon rainforest, and interviewed an 11-year-old Quito girl about her life.

A panel of film-industry professionals did the judging and the student filmmakers were able to have their picture taken while they walked the red carpet before the screenings.

“I know the hard work it takes to make a product they’re proud of,” teacher Hyman said of the student filmmakers. “Maybe they’ll catch the filmmaking bug and we’ll be paying to see their movies next time.”

Principal Tom Iannucci, who made a special appearance in one of the films, said “I am always amazed at the talent of our students. I really have to thank [the organizers] for championing this yearly event. Their dedication and hard work is what makes this such a special place to work and learn.”