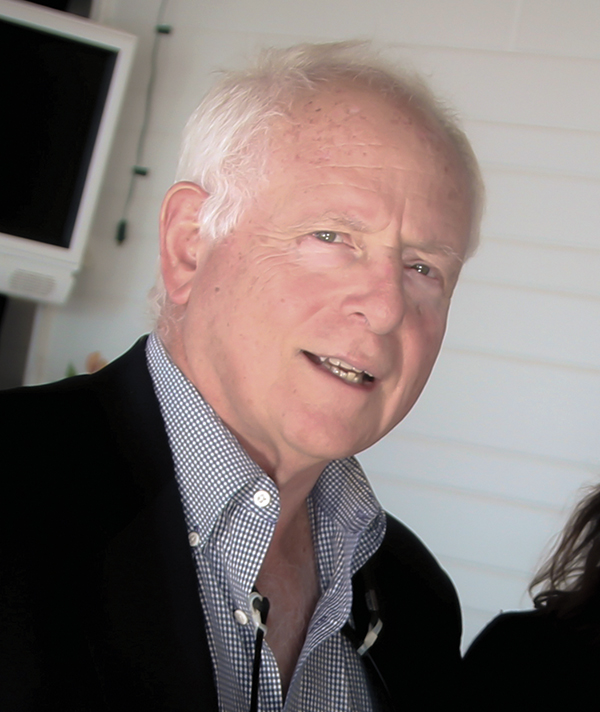 J. Paul Bowinkel, 75, of Corona del Mar, passed peacefully in his sleep at home on December 8.

Paul was known in Pacific Palisades for owning “the Bowinkel building” on north Swarthmore (the two-story professional/retail building adjacent to the alley) and the former Denton Jewelers space on Sunset, which abuts the Caruso construction project. He elected not to sell the buildings when Caruso was acquiring property for Palisades Village.

Paul was born on February 27, 1942 to Paula and Attilio Bowinkel in Santa Monica. He was a devoted and loving husband to his wife Vicki, with whom he had just celebrated his 38th wedding anniversary on December 1. Paul was the best and most loving father imaginable to his two children, Jacqueline and Jeremy.

Paul grew up in Santa Monica and Pacific Palisades. His parents ran Bowinkel’s Galleries, including a location on Rodeo Drive, which sold fine art to Hollywood’s elite. Paul and his sister Antonella attended St. Paul the Apostle school in Westwood. The family spent half the year traveling, always by train and then steamer, to Italy, where they visited family and friends and traded fine art. Paul often reminisced about his magical Italian summers in Sorrento and Bocca di Magra and recreated the experience for his own wife and children for many, many years.

After graduating from University High School in 1960, Paul earned a degree in political science at UCLA. He was a tutor to the UCLA athletics department in 1965 and 1966 with Coach Wooden. In 1966, Paul received a Fulbright fellowship to teach in Italy, one of his proudest achievements. He continued to teach in Italy until 1969, then returned to UCLA, where he received his MBA from the Anderson School of Business.

Paul worked as a financial advisor for 30 years and was known as “the professor” around the office. He met his wife Vicki while working at Kidder-Peabody in 1978, and they were married in 1979. They later bought a home in Corona del Mar, where they raised Jacqueline Andrea, born in 1987, and Jeremy Paul, born in 1993. Paul also helped to raise Vicki’s daughter, Jennifer, and his niece Amelia.

After retiring from UBSTK in 2009, Paul remained an active member in every corner of the community for the rest of his days. He was a founding member of the Orange County Italian Cultural Association, a member of Compadres de Los Libros, and active in UCLA Anderson Forecast and the United Methodist Church.