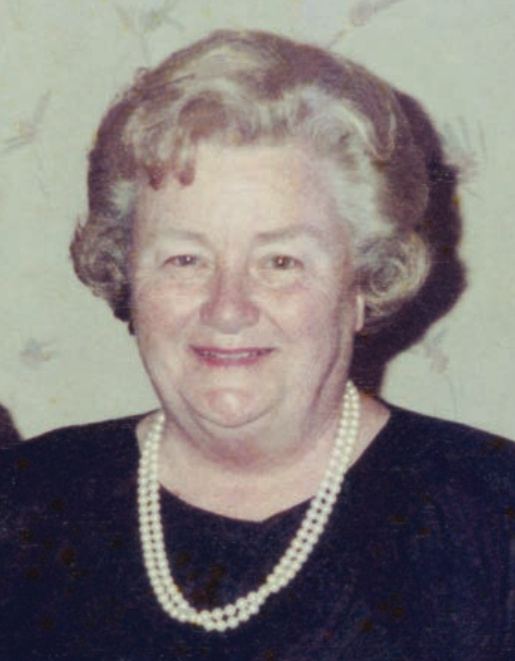 Ruth Elaine Martini (nee Krueger) was born August 1, 1926, in Keokuk, Iowa, and raised in St. Louis, Missouri by her parents, Ruth and Dr. Waldomar Krueger. The 63-year Palisadian passed away on January 5 at St. John’s Health Center in Santa Monica.

Elaine’s brother, Richard, invited Dr. Michael Martini, who was a young medical student, for a home-cooked meal in St. Louis. Even though Elaine had a date that evening with another gentleman, she must have noticed Michael and shortly afterwards invited him to a party. An enduring romance ensued.

After graduation, Elaine worked at the phone company for a year before marrying Dr. Martini on June 11, 1949. The couple moved to Los Angeles and had two daughters, Kathleen and Barbara.

When Mike was called to active duty during the Korean War, Elaine lived with her parents in St. Louis. After he returned, a third daughter, Eileen was born, and in 1954, the family moved to Pacific Palisades where Mike began his pediatric practice. Thereafter, the family grew to include three sons, Richard, James and Joseph.

She was a very supportive and loving mother, throwing creative birthday parties, attending recitals and spending hours at ballfields and Scout meetings.

Elaine made lifelong friends through her love of bowling, tennis and bridge, and was active in the Palisades Woman’s Club. She enjoyed playing board games with her family and was incredibly skilled and lucky at Yahtzee.

She participated in a weekly writers group, crafting an insightful and humorous memoir for her family to enjoy.

When her children were older, Elaine worked for the Los Angeles County Medical Association, as a referral coordinator. Later, she volunteered at the J. Paul Getty Villa in Pacific Palisades. She was an 18-year member of the American Legion Auxiliary.

After her husband retired from his pediatric practice in 1995, she and Mike enjoyed playing tennis and bridge, visiting with friends and family, and traveling.

Two special trips were a pilgrimage to Rome, Egypt and Israel led by their son, Msgr. Richard Martini, and a 50th Wedding Anniversary trip to Mount Rushmore and Yellowstone.

She was preceded in death by her daughter Kathleen, granddaughter Jennifer Shawn Merlo, and son-in-law Timothy McCranie.

In lieu of flowers, donations may be made to the Martini Family and Friends Fund at St. John’s Seminary, 5012 Seminary Road, Camarillo, CA 93012 or Stjohnsem.edu/ways-to-give/) or to a charitable cause of your choice.