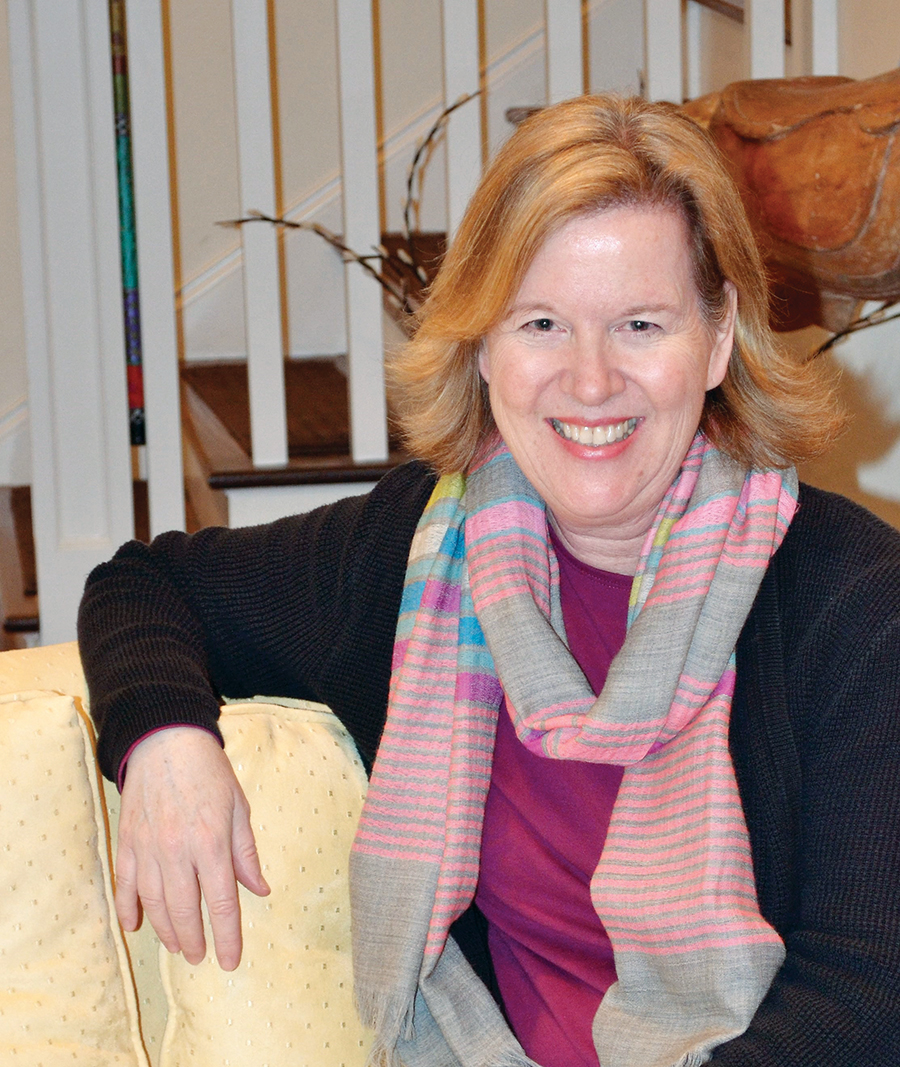 Claudia Harrington Kallmeyer, a realtor and children’s book author, passed away on January 2 at her home in Pacific Palisades. She was 60.

She began her writing career in kindergarten with a poem called “Scab On Her Head.” She discovered her love for children’s books while attending college at Northwestern, when she took an elective course on children’s literature.

After graduating in 1979 with a B.A. in communications and a concentration in theater, Claudia moved to Los Angeles in 1981 to pursue acting. “I got a fair amount of work, specializing in nurses and pregnant women, but eventually wanted something else,” she said.

In a 1983 production of the comedy “Goodbye My Fancy,” Claudia’s fellow actor Ken Kallmeyer took a ski to the face in a slap-stick routine that went hilariously wrong. Claudia took pity on him, bringing him an ice pack during intermission. They were married two years later.

Once she had children of her own, Claudia’s love of children’s books was rekindled. She discovered the Society for Children’s Book Writers and Illustrators (SCBWI) and served as a volunteer for more than a decade. She was a Regional Advisor Emeritus for the Los Angeles chapter.

Her poem “Coming Unscrewed” was included in Philomel’s anthology “I Invited A Dragon To Dinner & Other Poems To Make You Laugh Out Loud” (a Children’s Book Council Best Pick).

Claudia’s twelve My Family picture book titles celebrating family diversity was launched in 2015 by Magic Wagon, a division of Abdo Publishing. The series details different family lifestyles, through Claudia’s books “My Mom and Dad,” “My Two Moms,” “My Two Dads,” “My Two Homes,” “My Grandparents” and “My Military Mom.”

Claudia’s crack-you-up early reader series, “Hank the Pet Sitter,” debuted at the end of 2016 with four titles, with another four currently being illustrated and due to publish this year.

About her books, Claudia told the News: “While the books aren’t based on my childhood, there are certainly bits and pieces that found their way in. For instance, Otis is a lot like my childhood dog, and we had some family friends whose sheep wandered into their house all the time.”

When she wasn’t writing, Harrington was a realtor with Sotheby’s in the Palisades, selling homes with her business partner Annika MacPherson.