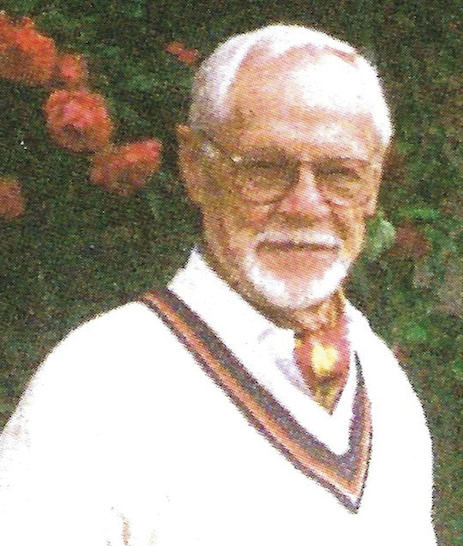 Allan Frances Brannigan, who was born in March of 1922 in eastern South Dakota, passed away on December 23.

He and his partner owned Country Flowers and Antiques on Via de la Paz for many years.

Raised in South Dakota, Allen made a brief trip to California and enjoyed it so much that he decided to make it his permanent home.

World War II started shortly after he moved, and Allen became part of the Army Air Corps as a flight engineer and crew chief, with the rank of sergeant. He was part of the 384th bomb group, Grafton Underwood, Northamptonshire, England. He made many flights over Germany before he was shot down, wounded and captured.

Allen was imprisoned in Stalag IV for 10 months before being liberated in 1945. He was offered the Purple Heart, but refused because he felt his crew, who lost their lives, should be honored, not him, the survivor.

When he returned to California after the war, he worked briefly at Douglas Aircraft before leaving to pursue his love of floral design. Allen eventually became the confidant of many stars of the Golden Age of film, who were captivated by his talent, magical personality and kind heart. During this period he met Ron Hudson, who became his life partner for 52 wonderful years.

The pair formed Ron Allen Enterprises and established Country Flowers and Antiques in Pacific Palisades, where Allen enchanted even more people. Ron continued his work as an interior designer, and together their business partnership was as successful as their personal one.

Said Palisades Chamber of Commerce Executive Director Arnie Wishnick, “Anytime that I’d see Allen and Ron, they would tell me of their travels. They had lots of friends . . . everywhere. When they visited New York City yearly, they enjoyed attending dinner parties where the men wore tuxedoes and the ladies wore magnificent gowns. Everything always sounded very glamorous and Gatsby-ish.”

He is survived by Ron, his sister Betty Kendricks and daughter Connee Brannigan, and will be greatly missed.

On January 27, a celebration of life was held at the Bel-Air Restaurant.