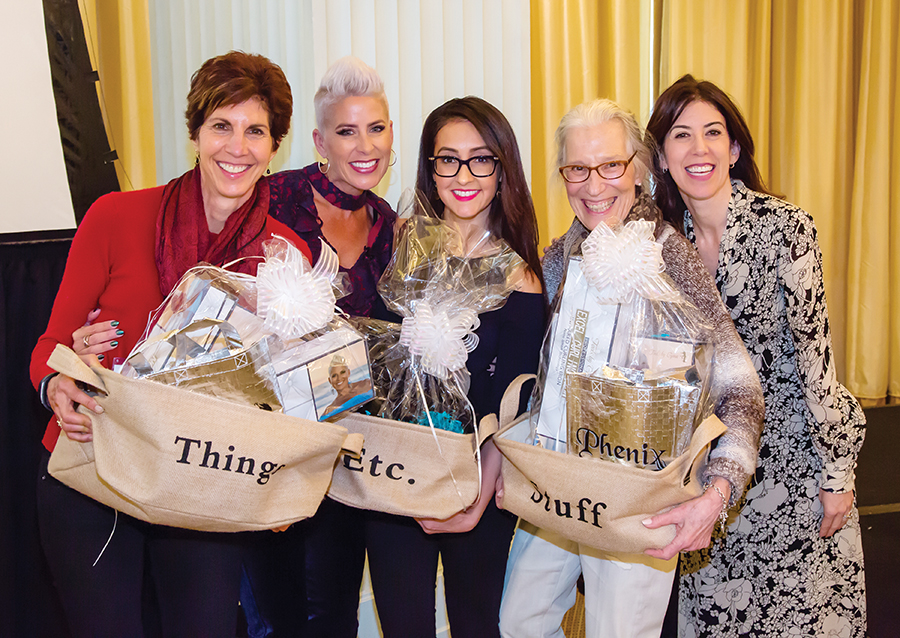 A diverse group of nurses, community members and doctors met in February for an annual conference conceived by female cardiologists to tackle women’s unique heart-health issues—the leading cause of fatalities of women in the U.S.

The Women’s Heart Symposium was held at the upscale Casa del Mar hotel. Panels varied from overviews of advances in heart-related medicine and cutting-edge technologies to instructive discussions on the best practices to maintain a healthy heart.

Cardiologist Dr. Peter Pelikan, a Marquez Bluffs resident, capped the day with a talk to celebrate the 40th anniversary of angiography, the medical imaging technique used to visualize the inside of blood vessels and organs.

In his talk, racingly titled “Blood Lust, Hubris, Racism, Anti-Semitism and Misogyny: A History of Cardiac Cath and Intervention,” Pelikan cited anecdotes from his decades-long practice to discuss the history of heart catheterization, which included some social and cultural blights, as well as exotic origins in pagan rituals.

Pelikan, the medical director of the Cardiac Catheterization Laboratory at St. John’s Hospital, also highlighted some inspiring historical moments. He detailed how the pioneering scientist Marie Curie drove a mobile radiology lab during World War I to treat soldiers who were dying because medics in the field could not diagnose their injuries properly without the then-new imaging technology. (Pelikan’s parents were friends of Curie’s daughter.)

Because of the eclectic audience, the discussions were composed to be comprehensible to non-medical professionals, but also compelling for anyone interested in heart health, including doctors. Medical studies from the past year were broken down and explained by informed practitioners.

Though the heart is not an intuitively “gendered” organ, Women’s Heart Symposium co-founder Dr. Nicole Weinberg said she’s learned through experience and via studies that men and women have distinct heart needs.

“Just hormonally speaking, with pregnancy, how we nourish our babies, there’s so many different things that make us different,” said Weinberg, who lives in Mar- quez Knolls.

She launched the symposium five years ago with Dr. Sarina A. van der Zee and Dr. Alexandra LaJoie, who met as fellow practitioners at the Pacific Heart Institute in Santa Monica. Female cardiologists are somewhat hard to find, and three at one practice is downright rare, according to Weinberg.

“We feel like we’ve kind of cornered the market on how to take care of women with heart disease,” Weinberg said.

When she joined the Pacific Heart Institute, she was a “one-woman show,” Weinberg recalled. After van der Zee joined, they started seeing patients together, with clients seeing one and then the other or vice versa over one-hour sessions.

The positive feedback was surprising: their patients kept telling them that no one had ever addressed their issues in such a sensitive, nuanced way. Mothers accompanying their pregnant daughters would tell them stories of their doctors not believing their symptoms and telling them to “take a Xanax and go away.”

Realizing they had “something very, very special,” Weinberg said, they launched the Women’s Heart Center at the Pacific Heart Institute. Before long, they started doing small lectures around the community and at St. John’s. Realizing that a wider audience would benefit from the information, they launched the symposium to host presentations by leading doctors and researchers in the field.

Using the case of hormone replacement therapy, typically used to treat symptoms associated with menopause, Weinberg stressed that there is a clinical logic to fo- cusing on women only for certain issues, rather than how women compare to men or lumping them together.

A New Jersey native, Weinberg said she believes the patient population in the Palisades and surrounding areas are particularly inquisitive and health-conscious, which makes her and other doctors’ jobs easier. Patients will frequently prepare thoughtful questions or educate themselves on new medical and technological advancements.

She also noted that, as mentioned in many of the symposium talks, exercise is one of the most significant means to combat heart disease—and that the local culture’s dedication to fitness and access to miles of hiking trails are just what the doctor ordered.