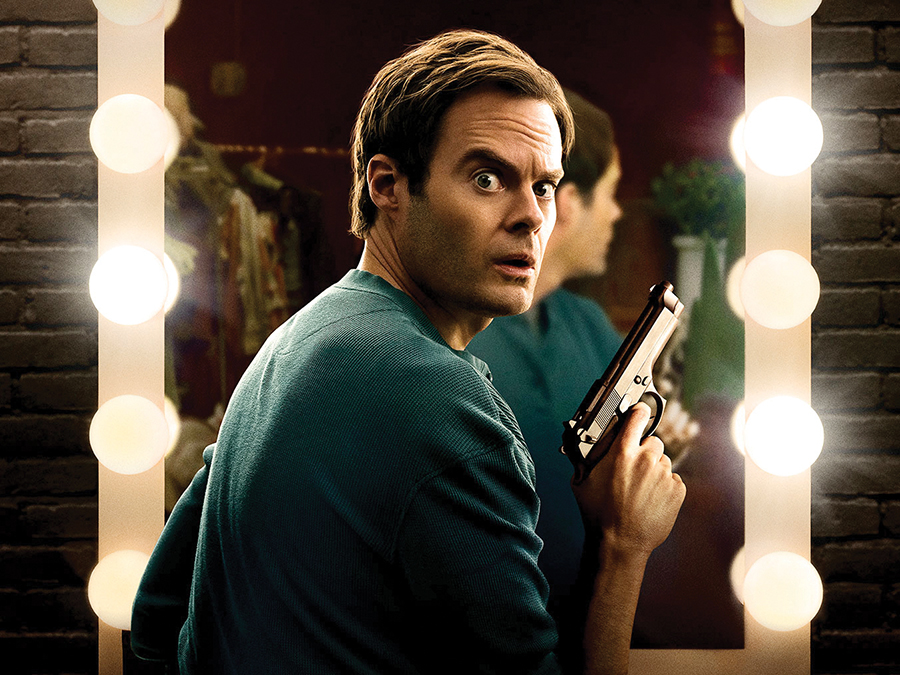 Except for one major difference in employment, Palisadian Bill Hader and the guy he plays in his new HBO series, “Barry,” have had similar career issues. Both are good at a job that’s brought a lot of stress.

For Hader, it was the “live” part of “Saturday Night Live.”

“I did an okay job with the sketch stuff, but the live television aspect of it was always really hard for me,” Hader says. “I have a lot of anxiety, and through the whole time I was on that show, I had a really hard time with that.”

High anxiety, too, is in the job “Barry” has, even though he’s really good at it: Barry is a hitman.

So, while the real job Hader is most known for, “SNL,” brought laughs, his fictional hitman character in his new dark comedy can bring fear.

But a world opens up when Barry tracks one of his targets into an acting class. The hitman connects with the people and the process. And it’s a chance to reinvent himself as an actor.

“He gets a community for the first time in his life. And it’s a bunch of people like him. They’re insecure. They’re vulnerable,” Hader says. “He kind of feels like he can fit in. And all those people have day jobs, and so his day job is just killing people.”

Hader left “SNL” in 2013 after eight years of creating laughs beneath that cloud of stress. Now, in addition to starring on “Barry”—a series he co-created, co-produces and often co-writes—he’s doing another job he’s wanted to do for a long time: direct. That has been in his sights since he left his native Tulsa, Oklahoma, in 1999.

“I wanted to do that when I first moved out to Los Angeles before “SNL” or anything like that happened,” Hader says. “My friends and I were just sitting around coffee shops, talking about the movies we were going to make but too afraid to actually do it because we were too afraid of failing or whatever. So, getting a chance to actually direct was huge.”

Hader’s early years in L.A. were not in front of a camera. “I moved out here in 1999 and shared an apartment with four other guys. And we were all trying to get the same job as a production assistant,” Hader says. “It was just PA’ing on movies like “Collateral Damage” with Arnold Schwarzenegger and “Scorpion King” with Dwayne Johnson and stuff like that.”

Hader had a lot of “pinch me” moments when he was a production assistant.

“Being in L.A. during those years, just being in the place where movies are made was great,” he says. “I still get a kick out of it. It’s still crazy.”

Hader isn’t talking about future storylines for his hitman-wannabe-actor, which is getting great reviews. “As far as other seasons, we just hope people like this one.”

Chances are he’ll continue to get a lot more kicks out of working in this town sinceBarry has been renewed for a second season.

There are eight episodes in season one of “Barry,” airing Sundays on HBO.