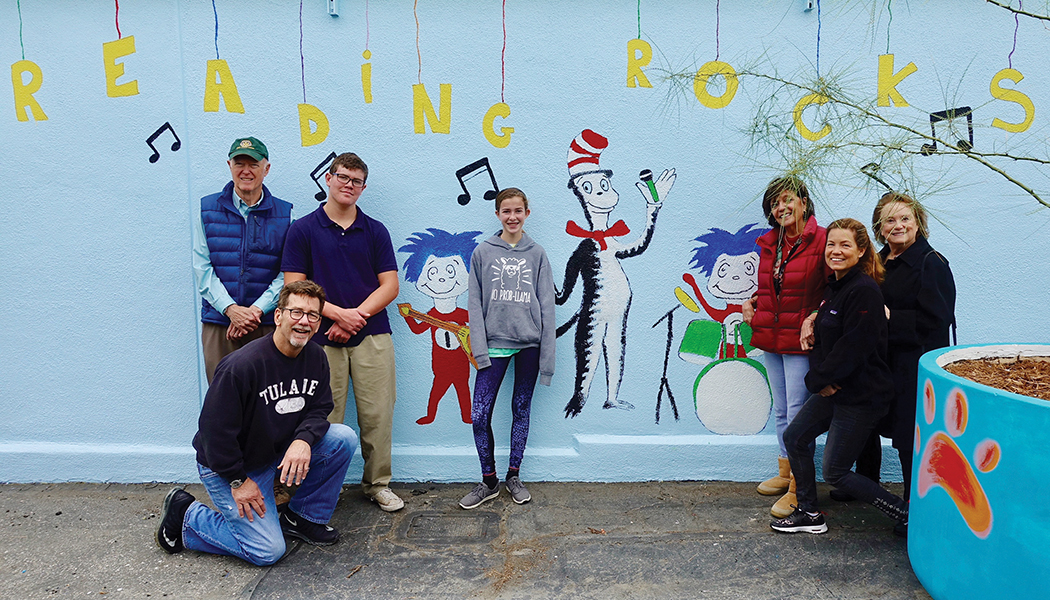 Since last summer, the Pacific Palisades Rotary Club has been raising money for Weigand Elementary School’s library. The LAUSD school, located near Watts Tower, not only needed books, but had a library that needed rehabilitating.

Through Access Books, a nonprofit that works with inner city school libraries, rotarians committed to raising $24,000 to add books and help with the library makeover.

On March 10, a work project at the school was set and even though the club was still about $2,000 short, members trekked to Watts at 8 a.m.

Unknown to the rotarians, Palisadians Zach Davidson and his sister Sophie had been collecting books from friends and family for the past six months.

At her Bat Mitzvah at Kehillat Israel in December, Sophie asked for book contributions as her Mitzvah (good deed) project and worked on this project for her Girl Scout (Troop 12805) Silver Award.

Early March 8, Zach and his dad Randall borrowed a friend’s truck and drove the nearly 1,800 books they collected to Weigand Elementary.

On March 10, when five rotary members arrived at the school, their task seemed overwhelming because multiple tables were stacked with books.

However, Rotarian Brett Bjornson said,“Boy Scouts and Girls Scouts suddenly arrived about 9 a.m. and it was like the troops had arrived.” The extra “manpower” was exactly what was needed.

The library was painted with a colorful mural and the books were organized by grade level, stamped and bar coded, as the approximately 50 volunteers worked steadily until about 1 p.m.

“I picked this project because I wanted to help kids in other communities, who don’t have as many resources to achieve in school,” Zach Davidson said, noting that it was also fun to work with families from Weigand Elementary.“ The more books kids read, the better they do in the classroom.”

Sophie’s favorite part of the day “was painting the colorful mural in the library.” The Paul Revere student said her favorite books growing up were “Shel Silverstein poetry” and she still reads his books often.

“We were able to buy four new copies of Silverstein’s Lafcadio: The Lion Who Shot Back for Weigand.”

“This was a very rewarding service project,” said Bjornson, whose favorite part of the day was “organizing books for children to read.”