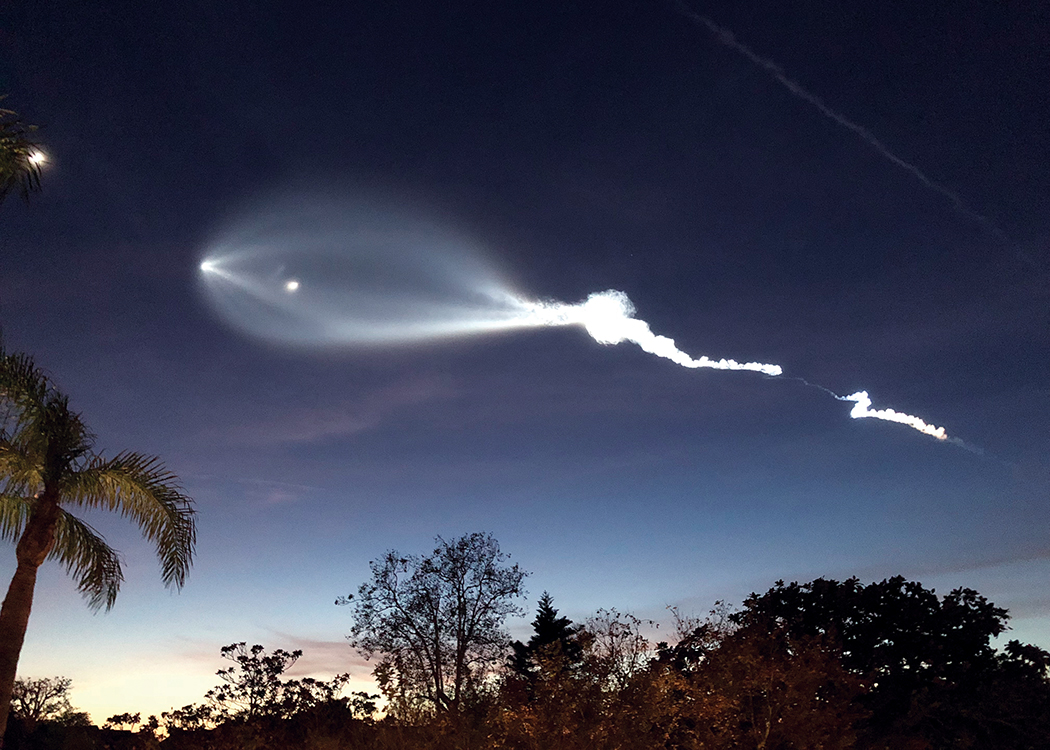 Many residents in Pacific Palisades felt their houses shake at 5:27 p.m. on December 22. Some thought it was an earthquake; a few wondered if North Korea had successfully launched a missile that made it to the United States mainland.

Instead, it was the successful launching of SpaceX’s Falcon 9 from Vandenberg Air Force Base. This was the fourth set of 10 satellites in a series of 75 total that SpaceX will launch for Iridium’s next-generation global satellite grouping.

The new satellites will deliver faster speeds and higher throughputs for aviation, maritime, Internet of Things, terrestrial and government organizations.

Elon Musk, founder of SpaceX, tweeted after the launch: “If you liked tonight’s launch, you will really like Falcon Heavy next month: 3 rocket cores & 3X thrust. Two cores return to base doing synchronized aeroboatics. Third lands on droneship.”