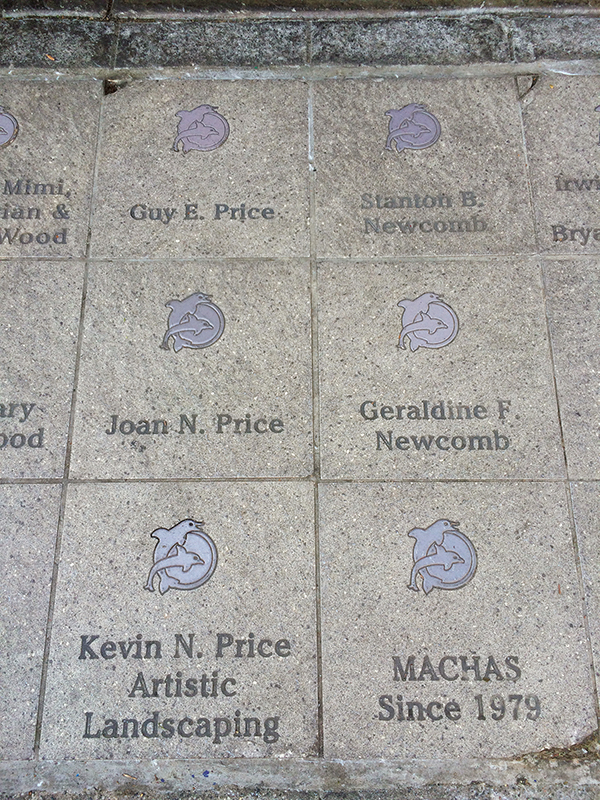 The News received the following inquiry: “Is it true that the 1,100 PRIDE tiles from Swarthmore that were to be converted into a wall in the Caruso development are now going to be bricks on Sunset? Wonder if and when tile owners will be notified? And if donors have a choice not to participate in the Sunset brick program? Does anyone know the story on this?”

We contacted Mary Fontamillas, Caruso’s new senior vice president of communications, who replied: “Originally, PRIDE asked for approximately 1,100 bricks to replace the tiles that have been on Swarthmore, but we are actually going to donate additional bricks so that PRIDE is able to continue to fundraise and carry on with their mission to beautify other parts of the Palisades community.

“The original request from PRIDE was to lay bricks on Sunset,” Fontamillas continued, noting that there had been talk about building a wall at Caruso’s Palisades Village, but nothing had been decided. “We will be moving forward with bricks on Sunset as originally requested by PRIDE.”

PRIDE Vice-President John Padden said, “Our original thought was to replace tiles with bricks. We discussed many options for replacing the tiles as far as materials and location.”

PRIDE installed the original tiles (initially at $400 each, later at $450) on the sidewalks along both sides of Swarthmore, north of Sunset, in the mid-1990s.

PRIDE was founded by local businessman and Optimist Club member Wally Miller, and his fellow Optimists, Hal Maninger and Charles McGlothlin, who took charge of the campaign to raise money to beautify and upgrade Swarthmore (including the removal of ficus trees, which were damaging the sidewalks, and replacing them with Chinese flame trees).

Maninger and McGlothlin were later named Citizens of the Year in 1996 for their leadership efforts.

Local residents contributed to PRIDE by buying engraved sidewalk tiles for Swarthmore and dedicating them to loved ones.

As construction got under way for Caruso’s development, it was determined that there was no way to save the tiles, but Caruso promised to work with PRIDE to ensure that the names on the tiles would be restored at a public site.

(Editor’s note: Padden told the News that PRIDE will be providing more details shortly and we told him we would be happy to do an additional story about that announcement.)