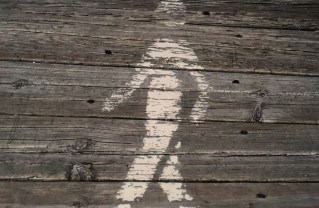 Regarding the Viewpoint “L.A. County Fees Higher than the IRS” in the March 3 issue, the Palisades News received the following letter from Joseph Kelly, L.A. County Treasurer and Tax Collector:

This letter serves to correct the record regarding delinquency penalties, outreach and bench-marking, which you recently published. The viewpoint focused on an increase in credit/debit card service fees, effective March 12, 2017, that a third-party payment processor charges to constituents who pay their property taxes with a credit/debit card. The author also stated the service fees charged in this instance are higher than the same or similar service fees at the Internal Revenue Service.

Regarding delinquency penalties, the author stated that “at the stroke of 5:01 p.m. a ten percent penalty will snap on [taxpayers] like a trap.” The 5:01 p.m. time only applies to those who make in person payments in our offices. Taxpayers may make online and telephone payments up to 11:59 p.m. In fact, in the two most recent installments, payments between 5 p.m. and 11:59 p.m. approximated $40 million, saving taxpayers who used this payment method $4 million in penalties.

The author stated that the increase in the service fees “just popped up one day on the website of the Country Treasurer and Tax Collector.” The fact is that my office conducted an extensive outreach campaign to inform taxpayers of the increase and we provided information on

our free electronic check option. This campaign included email notifications to all taxpayers who used a credit/ debit card in at least one of the three prior installment periods spanning 18 months, and all those enrolled in my departments Email Notification Service.

We published the information on our website and on lacountypropertytax.com and we saw a nearly 50% reduction in payments made with debit cards in the installment period after the revised service fees went into effect.

In January and February 2017, we conducted an extensive bench-marking comparison of the proposed fees to those charged in other California counties. We learned that the great majority had previously transitioned debit card service fees to a percentage of the transaction amount, and the 2.25% rate continued to be among the lowest charged to any county in the State.

In general, vendors are willing to lower their per transaction costs if they can apply those costs to a large volume of transactions. In fall 2017, I issued about 2. 5 million Annual Secured Property Tax bills. The IRS reported that in 2016, it received 153 million tax returns, and issued 97 million refunds. The difference of 56 million is comprised of filers who do not owe anything and/or filers who owe something. Fifty-six million is 22 times the total number of bills I issued last year.

Palisades News welcomes all letters, which may be emailed to letters@palisadesnews.com. Please include a name, address and telephone number so we may reach you. Letters do not necessarily reflect the viewpoint of the Palisades News.