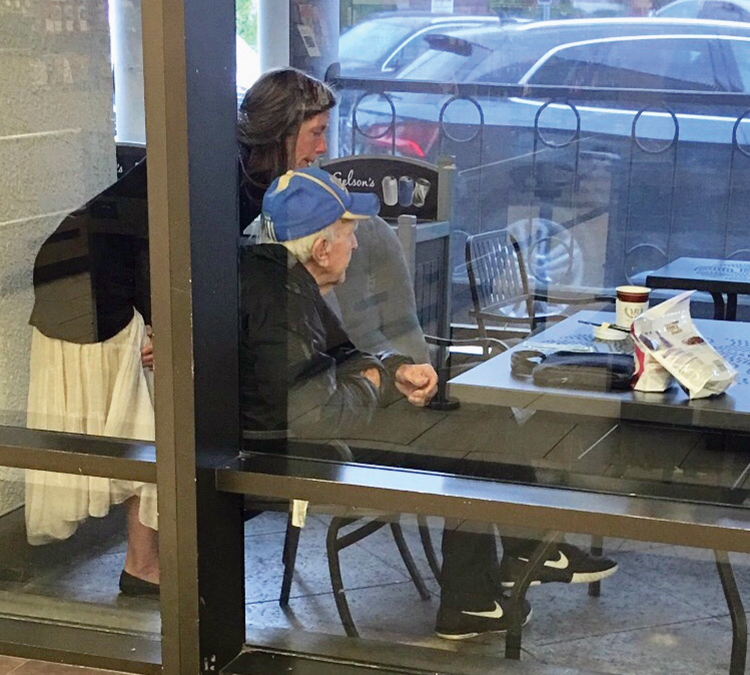 Your article, “How to Help Keep Homeless on the Streets,” offended me deeply. How would you feel if you were picked apart in a heartless newspaper article the way you just did to Margaret? She is not less than you. Margaret is a part of our community.

I attended a lunch panel today on “Women and Homelessness” at St. Joseph Center in Venice in which I learned a few facts you may have neglected to consider:

1.) Over 90% of homeless women in L.A. have experienced trauma. The Department of Mental Health currently has no psychiatric services that deal with trauma; their service model is more focused on schizophrenia, bipolar disorder and other issues. With the passage of Measure H, they are just beginning to look at how to add trauma psych services. That means that we, as a city, have failed over 90% of the homeless women in our midst.

2.) According to the panel I heard today, temporary shelters and permanent supportive housing for women are very, very scarce. We have not done a good job of creating safe spaces to access services. We have also done poorly at providing safe shelter for traumatized women.

Again, we have failed homeless women.

3.) The numbers of homeless women are on the rise.

And they are single, and they are older. Like Margaret. Your lack of compassion for Margaret’s humanity is startling. Your article seems to imply that Margaret had an easy solution at her fingertips. The truth is that the social systems have failed people like her, but our beloved community of Pacific Palisades has held her up and for that I am very proud.

The Pacific Palisades Task Force on Homelessness has done a masterful job getting services and housing for most of the homeless folks in our community, but there are some people like Margaret who may be more complicated, more vulnerable, and more difficult to place into housing. Father Gregory Boyle of Homeboy Industry says, “There are no monsters. There isn’t anyone who doesn’t belong. We belong to each other. Absolutely nothing will change until that is the air that we breathe.”

You can pretend you wrote an article about the dangers of “enabling” homeless people, but what you wrote was an article relieving people of any guilt for being cruel. Enabling is an important and tricky discussion to have with regard to homeless people, and it is a discussion that should always prioritize compassion, respect, alternatives and solutions. Your article was damaging rather than helpful. (For example, why not suggest that people give money to local social-services agencies that deal with homeless issues rather than give money directly to homeless people?) There was no need to single out Margaret in order to be mean.

We are a compassionate community, and we will not accept your effort to try and create demons among us.

Palisades News welcomes all letters, which may be emailed to letters@palisadesnews.com. Please include a name, address and telephone number so we may reach you. Letters do not necessarily reflect the viewpoint of the Palisades News.