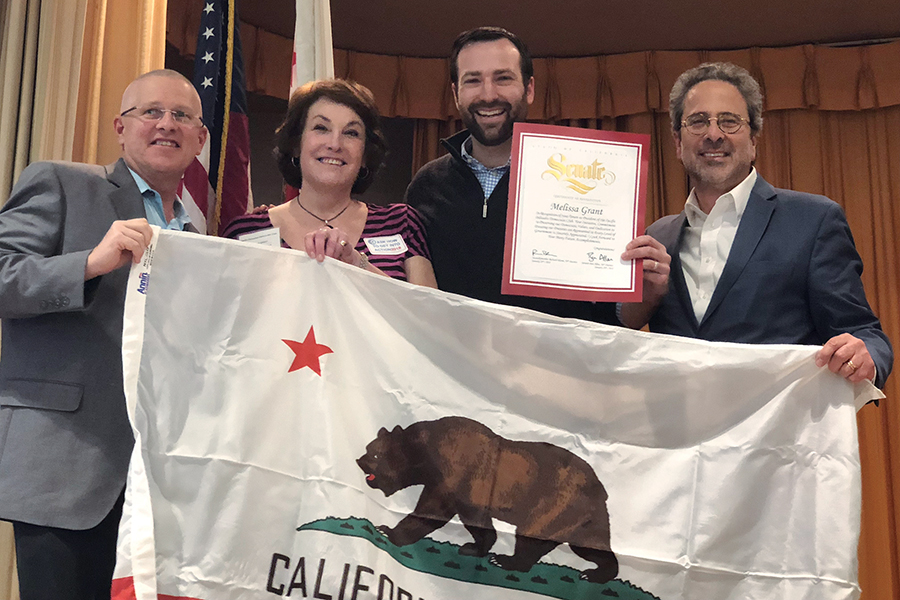 The Pacific Palisades Democratic Club held its annual meeting on January 28 at the Palisades Woman’s Club. More than 200 local members were on hand to watch as President Melissa Grant passed the gavel to Erika Feresten.

“This has been a big part of my life,” Grant said,“ and it will continue.” She hopes to lead an action team to flip red seats to blue and take back Congress.

Kuehl quipped, “There’s nothing better to be than the past president of anything.” Each elected official, starting with Kuehl, gave a brief overview of legislation they are working on in 2018 and then took questions from the audience.

Feresten, the club’s new president, is a political leadership coach, the co-host on “Jeff ’s World” on America’s Talk channel and was a pledged delegate for Bernie Sanders from California CD 33 in 2016.