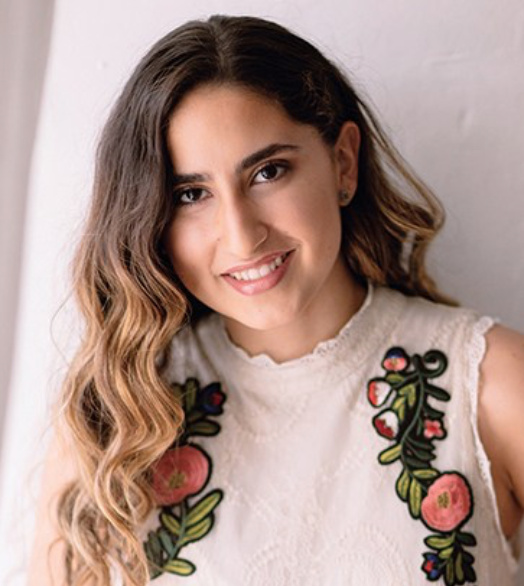 When Palisades Charter High School senior Roberta Alaman entered a national arts competition in one of the most competitive categories—pop singing—she wrote it off as a long shot. Then she got an email.

“It’s just this overwhelming sense of happiness,” Alaman said of finding out she was named a 2018 YoungArts merit winner, making her one of over 750 teenage artists from across the country to be recognized.

Alaman will receive a cash award of up to $10,000, and have opportunities to participate in YoungArts’ national performance programs, as well as have access to its network of mentors.

The aspiring musical theater performer said she’s most excited about the credibility the title will afford her.

“I think it’s going to open a door that I didn’t even know was possible before . . . because I haven’t really had that many chances to perform in venues that weren’t my school,” Alaman explained. “It’s going to make me be taken seriously as an artist, and that’s the most important thing to me.”

To enter the competition, Alaman had to submit videos of herself singing four songs: a ballad, an up-tempo number, and songs from before and after the ‘90s. She said that because it was an entirely electronic process, without any interaction with the judges, it was particularly nerve-wracking.

While she’s classified as a first soprano because of her range, Alaman said she’s more of “a belter, in terms of what I like to sing.” She enjoys loud, power ballads and eschews demure characters. The number “Defying Gravity” from the hit musical “Wicked” is her “go-to,” she said.

As a regular PaliHi theater performer since her freshman year, Alaman has had the opportunity to play some of the out-sized roles she covets. Her favorite so far was co-starring as the titular character in the musical, “Evita,” which centers on the life of one-time Argentine political leader Eva Perón.

According to Alaman, the Andrew Lloyd Weber-scored musical was also the most challenging role she’s taken on, describing it as both physically and emotionally taxing. It also deepened her respect for the craft.

“[Evita] gave me a really good sense of what musical theater is all about: hard work and emotional connection and human nature,” Alaman said. “It led me to think that musical theater isn’t just frilly and glitzy, and without substance, like most people think. It’s much more important than that.”

Alaman said she’s always sought attention. As a young girl, she’d dress up and sing pop songs for her grandmother and her friends. But it wasn’t until she was around nine that she really fell in love with singing.

She said the awakening was first stirred by a teacher named Ms. Katy, who taught music at Kenter Canyon Elementary School, where Alaman attended. Katy taught the class “Sweet Dreams” by the Eurythmics and “Rockin’ Robin” by The Jackson 5—”Pop songs, cool songs like that, songs that you wouldn’t think for us to sing,” Alaman said.

Alaman said both her parents and her stepparents have been supportive of her decision to pursue a career in the arts. Aldrete used to work in TV. Alaman’s father, Federico Alaman, is the general manager for Fox’s Mexican channels.

Several years after discovering her love of singing, Alaman has submitted college applications exclusively to colleges offering a BFA in musical theater, primarily located on the East Coast.

“Performing is everything,” Alaman said. “Anything in the entertainment industry, I just want to be in it.”

While Alaman plans to focus first on getting involved with professional musical-theater productions, she is also interested in directing, writing, casting and getting involved in film and TV.

“Any aspect of creating something is really important to me,” she said, “and I want to be taken seriously right off the bat.”