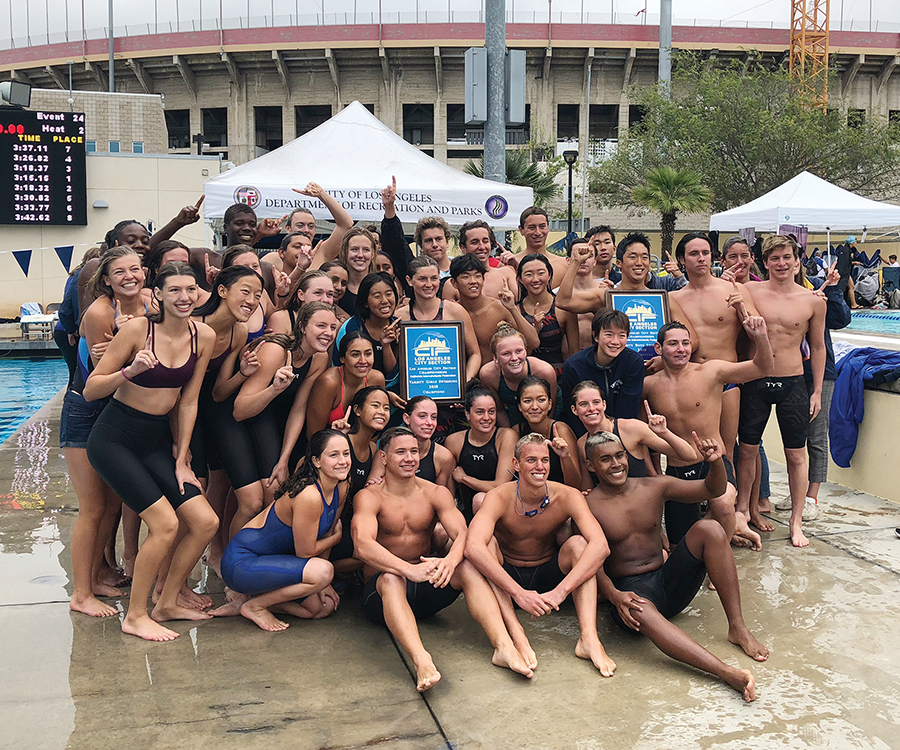 The Palisades High School swimmers prevailed once again in the City Section finals on May 11, winning both the boys and girls team titles at the John C. Argue Swim Stadium near the Coliseum.

The Dolphins won five of six relays, and individual swimmers took first in five events. It was Pali’s depth, with three and four swimmers finishing in the top eight in numerous events, that earned the championships.

The girls started the meet with 52 points earned by Dolphin divers Alexis Kleshick and Maya Salvitti, who finished one-two. The boys began with 37 points, thanks to diver Andrei Kozeluh, who placed third.

As the announcement was being made that Palisades had won both team titles, Coach Maggie Nance saw her kids shouting and jumping with emotion, knowing they had worked hard as a team.

The Dolphins have won so many city championships under Nance that she knew what was about to happen next. “I hate this part,” she said, and then smiled as she kicked off her shoes before being tossed into the pool by her swimmers for a celebration dip.

Roy Yoo, a senior, won the first of his two events (21.26). Also placing for PaliHi were senior Lucas Lacy and sophomore Marc Pryor, who took fourth and seventh.