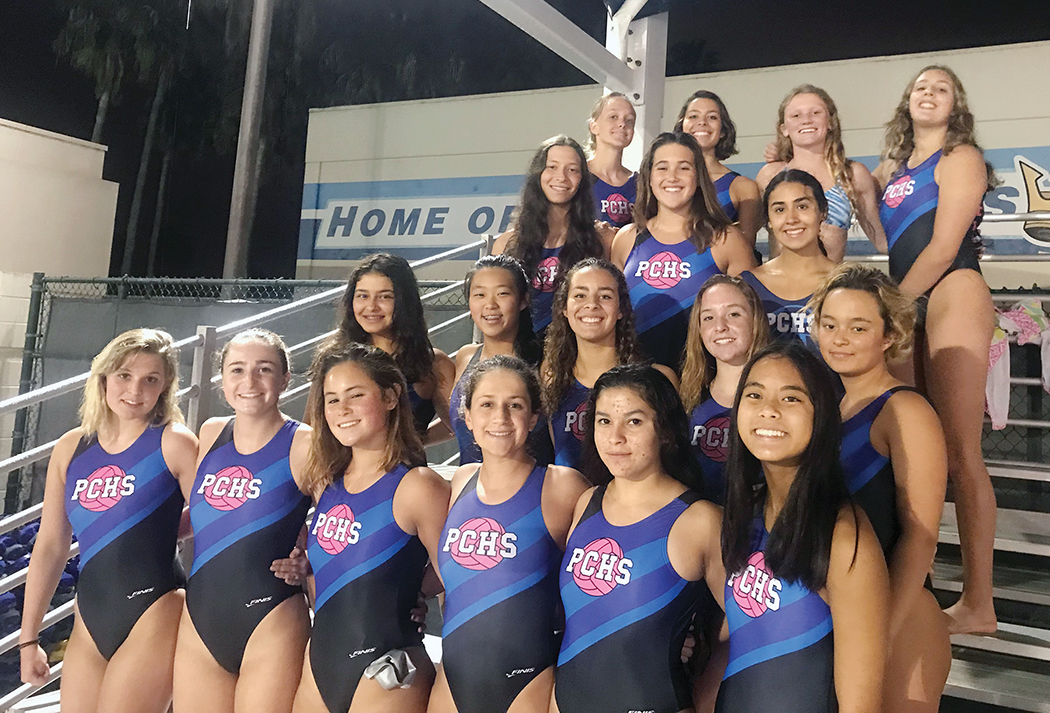 The game was scheduled to start at 6 p.m., but Eagle Rock arrived after 6 and was given 15 minutes to warm up.

That might have worked to Pali’s advantage against a team that had defeated them four years in the finals. But just as the game was set to begin, the lights went out at the pool, leaving the area in complete darkness. They didn’t come back on until 45 minutes later, and the game finally got underway.

“We had to warm up three times,” Coach Kirk Lazaruk noted afterwards.

Pali’s top scorer, Leighanne Estabrook, gave the Dolphins an early lead with two quick goals. Eagle Rock rebounded with six goals, and Pali didn’t score again until senior captain Elena Saab found the net near the end of the half.

Estabrook scored her third goal in the third quarter to narrow the gap to 6-4, but Eagle Rock went up 8-4 early in the fourth quarter and the game seemed out of reach for Pali.

But the Dolphins didn’t give up and rallied to score four goals (two by Sydney Brouwer), tying the game 8-8 with less than three minutes left.

Then Eagle Rock scored with a minute left, and with 30 seconds remaining, Estabrook had the ball and had a chance to shoot but was foiled by an Eagle Rock defender.

“We had plenty of opportunities to win the game,” Lasaruk told the News.

The Dolphins qualified for the inaugural CIF SoCal Division II playoffs on March 2, which meant they were one of the top 16 teams in Southern California. Seeded seventh they faced second-seeded Corona del Mar (which is ranked tenth nationally) and lost, 21-1.

Lazaruk, who had only one senior, said his team will come back strong next year, especially if several club players transfer to Pali or enroll as freshmen.

He summed up the season in one word: “journey.”

“From where we started to where we are now, it’s been a journey about ‘camaraderie, self-confidence, teamwork and an understanding of the game,” Lazaruk said. At the beginning of the season, his players didn’t understand “pick” plays, but now, “Everything is a moving pick-oriented offense.”

He said his focus is “to create a passion for the sport and to have the team be a conduit to assist the girls with skills for a healthy and successful life.”