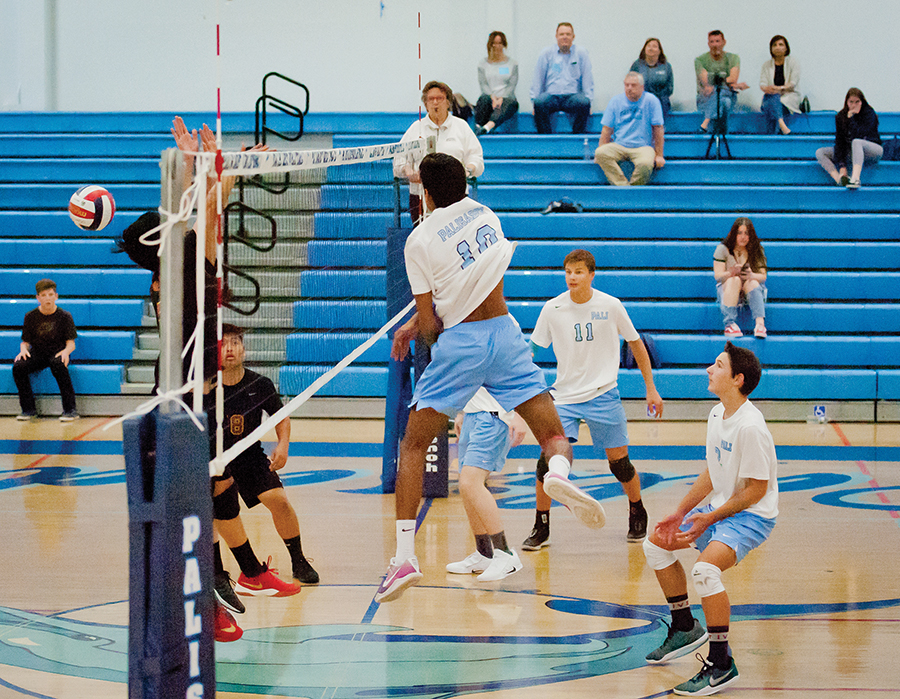 Although currently contending with a series of mid-season injuries, the Palisades High boys volleyball team should contend once again for the L.A. City Section championship.

With all these top players returning, PaliHi’s goal is to not only defend its city title but advance beyond the first round in the State playoffs.

The team has started out strong, with a 12-1 overall record. That only loss was against Alemany on March 17 in the Dos Pueblos Invitational Tournament, but the Dolphins beat Valley powerhouse Chatsworth without Partain and Stuart.

The News caught up with Gray after Pali’s 3-0 win against Western League rival Westchester on March 22, in which only eight of his players suited up.

“I have four players with injuries,” said Gray, noting that Partain (6’2”) and Stuart (6’2”), junior Mason Mallory (6’2” opposite hitter) and sophomore Miles Partain (6’3”) were not 100 percent. Stuart and Mallory were dealing with thumb issues and Miles had a shoulder problem.

There were no games or tournaments scheduled over last week’s spring break.

Gray began coaching the team five years ago after years of coaching at Malibu High, where he is a special education teacher. He played high school volleyball at St. Monica’s and college ball at Santa Monica College.

Gray said that he loves coaching this year’s team because they have a high volleyball I.Q., which means they understand the

League play resumed with an away match at LACES last Tuesday, and the Dolphins hosted Venice on Monday, April 9..